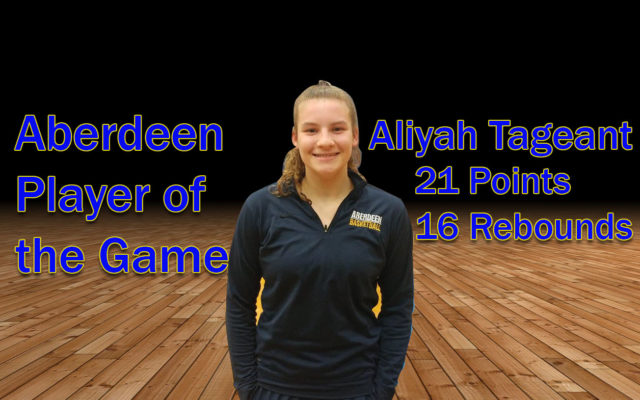 Hoquiam, WA – The Aberdeen Bobcats got a dominant performance from their senior post as they cruised to a big victory on Friday night.

Aliyah Tageant proved too strong for the Grizzlies and she led the Bobcats to the 56-33 victory at Hoquiam Square Garden.

Hoqiuam kept it close in the first quarter as they broke the press and but Tageant’s eight first period points gave Aberdeen a 14-9 lead.

The Bobcats then shored up their defense and extended their lead with a 16-7 second quarter to give them a 30-16 half-time lead.

The Grizzlies came out of the break with a new strategy to slow down Tageant and they started to try and make their comeback.

But Emmy Walsh hit outside jumpers to keep Hoquiam at bay.

Madison German played well for the Grizzlies and tried to will them back into the game.

After a closely played third quarter Aberdeen had the lead 40-24 and then in the fourth Tageant got going again.

The Bobcats ran away with it in the last period to give them the 56-33 win and the sweep of both Myrtle Street games this season.

Tageant was the Player of the Game for her 21 points and 16 rebounds.

Hoquiam was led by Taylor Strom who had eight and German finished with six, all coming in the second half. 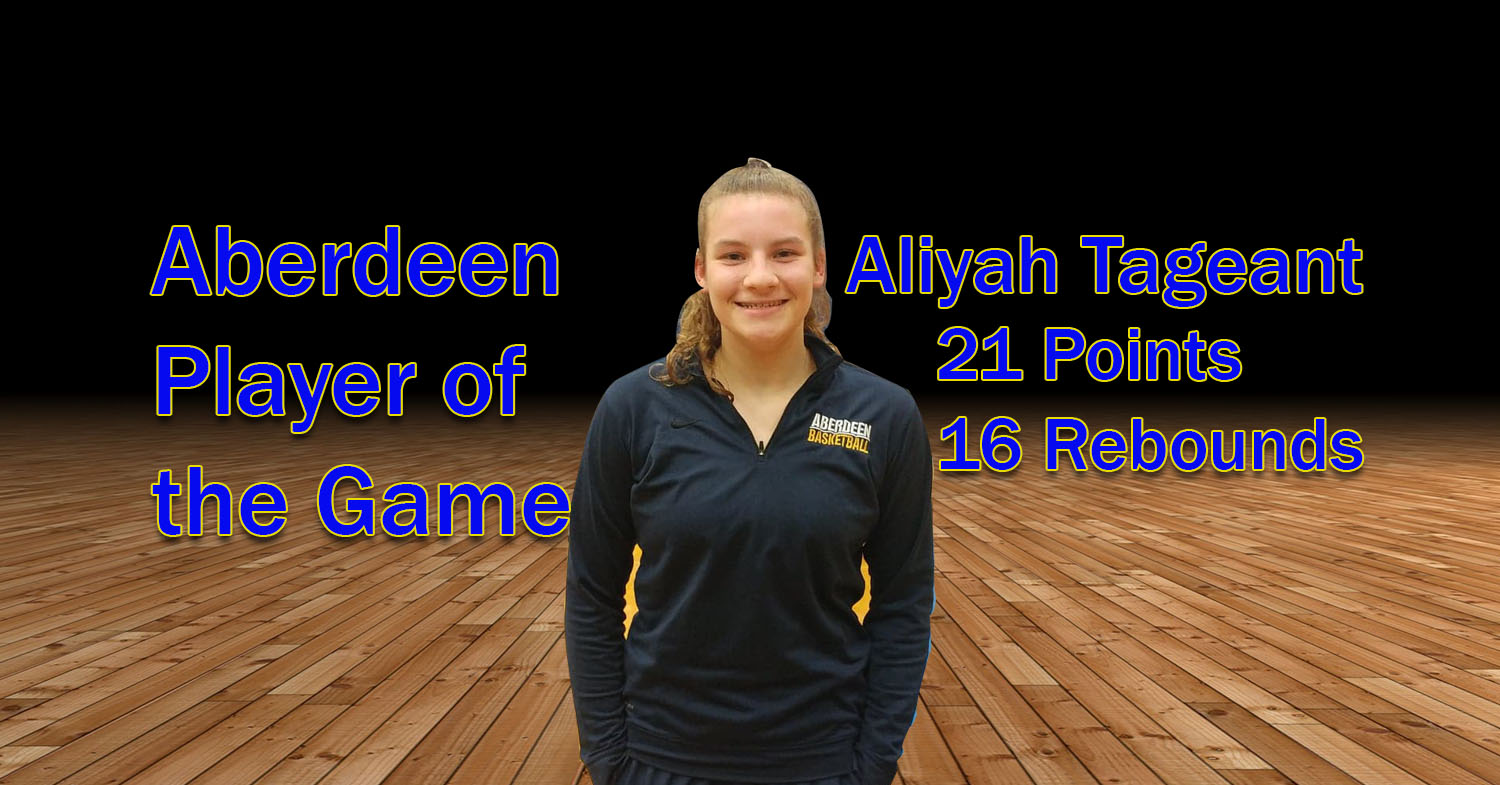