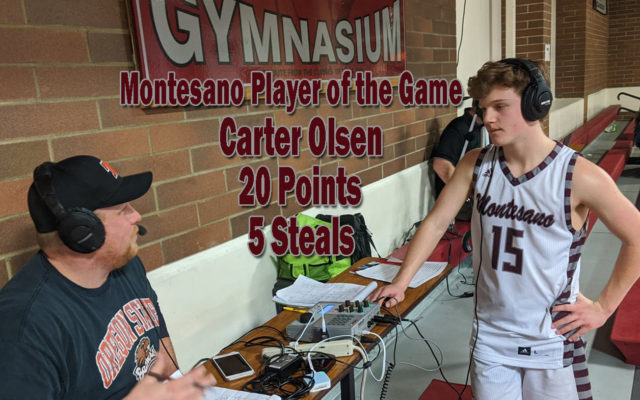 Montesano, WA – The Montesano Bulldogs got a home District 4 Tournament match-up with their rival Elma and dominated the third quarter on their way to the win.

The Bulldogs knocked the Eagles out of the tournament with the 71-43 victory and will now take on King’s Way Christian in another loser-out match-up on Thursday in Castle Rock.

The first quarter was a tight one with Monte coming out on top 17-15 as both offenses look poised for good nights.

But after that the Bulldog defense kept Elma at bay as their scoring continued.

Out of the break, the Bulldogs found their rhythm on offense and their defense was stifling.

Montesano outscored Elma 25-8 in the third to take a big 59-33 lead into the fourth.

The last period featured multiple reserves for both teams as Monte cruised to the 71-43 win.

Carter Olsen was our Player of the Game as he led all scorers with 20 points, scoring all but two of them in the second and third quarters.

Elma was led by Brady Johnston who had 12 points.

Catch some highlights and Olsen’s post game interview below. 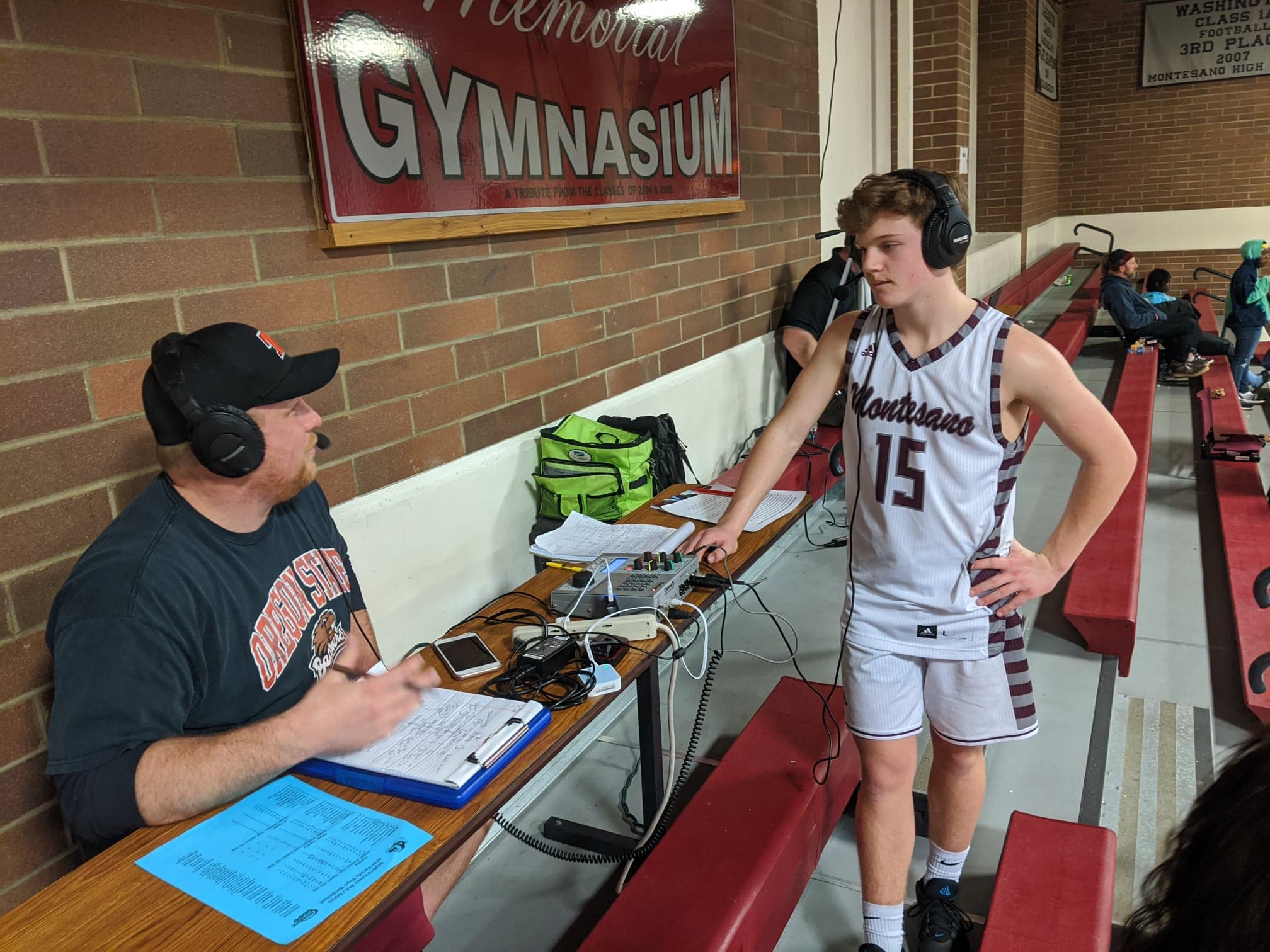 Aberdeen advances out of tiebreaker with the 3 seed