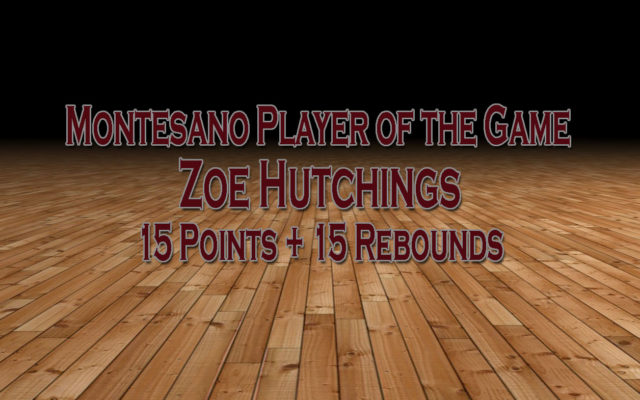 The Bulldogs and Knights both started slow, but it was Montesano that broke out in the fourth quarter for the 43-29 win.

The first quarter yielded just 10 total points as King’s Way had the 6-4 lead after the period.

Things picked up a little in the second and the Knights held a 17-16 lead after the half.

Monte continued to grind in the third and took a 28-27 lead into the fourth.

The Bulldogs defense then clamped down on King’s Way and surrendered just two points in the final frame.

Montesano also got their best offense in the quarter as they put up 15 points.

The Bulldogs were led by our Player of the Game, Zoe Hutchings, who had 15 points and 15 rebounds.

Montesano will now take on La Center who fell against Elma in the District Title game.

That winner-to-regionals loser-out game will be at 6:00 p.m. on Friday at W.F. West High School in Chehalis.