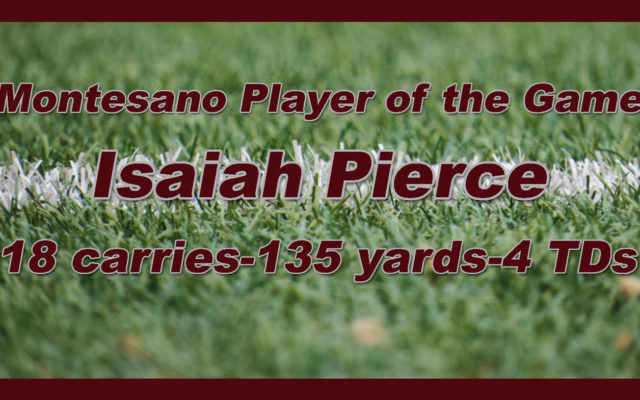 Hoquiam, WA – The Montesano Bulldogs defense was dominant and their ground attack matched their performance at Olympic Stadium on Friday night.

The Bulldogs shut out the Hoquiam Grizzlies 35-0 and moved to 2-0 on the year while Hoquiam fell to 0-2.

Turnovers slowed Monte’s offense in the first half but they still led 14-0 at the half despite two fumbles deep in Hoquiam territory.

Isaiah Pierce scored the two first half touchdowns on carries from eight and nine yards out.

Isaiah Pierce continued his dominance in the second half as he finished with four rushing TDs, adding scoring runs of 24 and seven yards.

Hunter Schnoor rounded out the scoring with a three yard run in the 4th quarter.

Montesano had four players rush for over 60 yards in the match-up behind excellent offensive line play.

Isaiah Pierce was the player of the game with 18 carries for 135 yards to go along with his four scores.

He was followed by his brother Isaac who had 77 yards, Aydan Darst with 73, and Trace Ridgway finished with 65 yards rushing.

The Bulldogs defense was brilliant on the night, giving up just 109 total yards of offense by the Grizzlies.

Tune in next week to hear the Bulldogs take on the Elma Eagles. 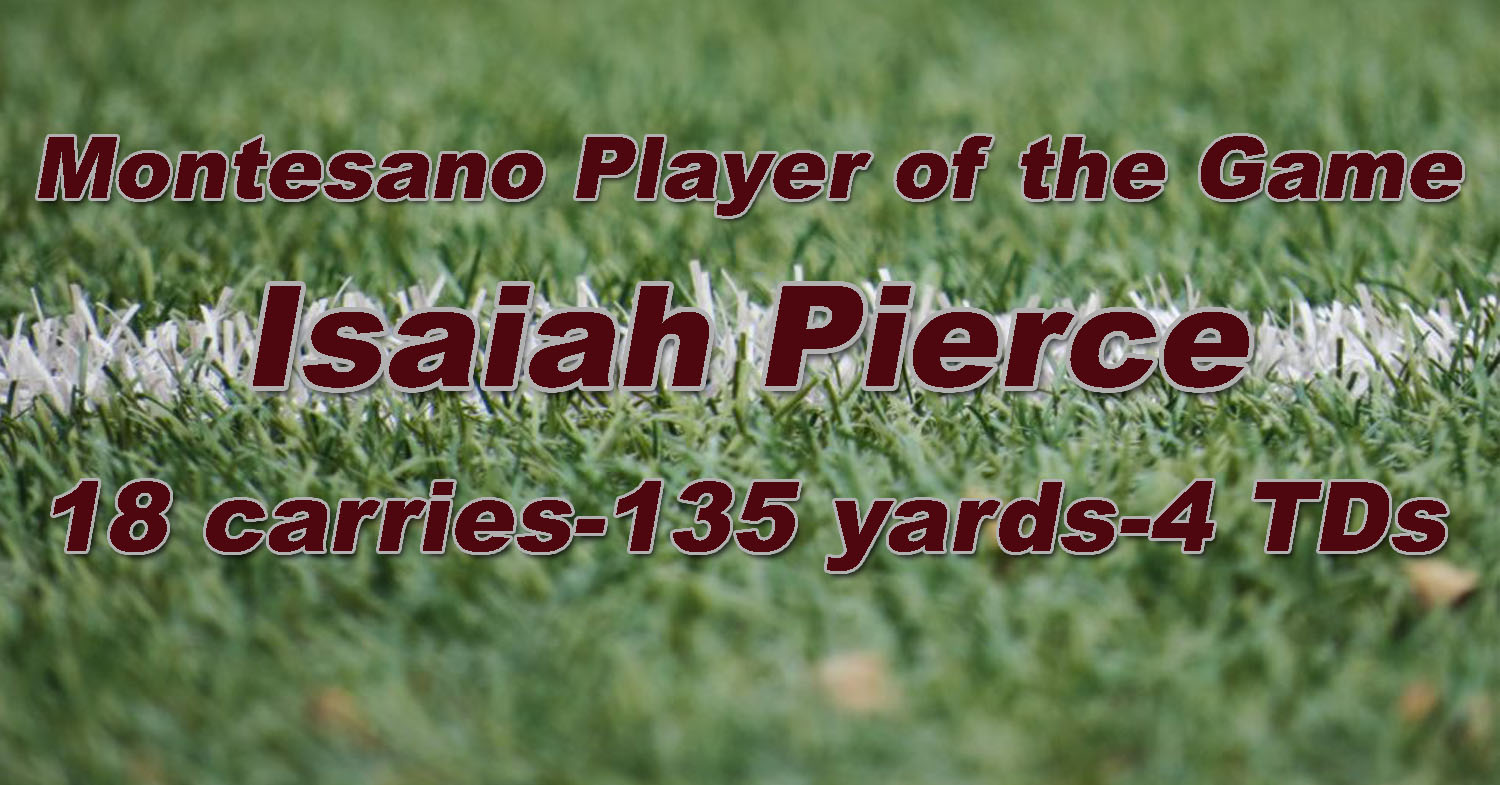