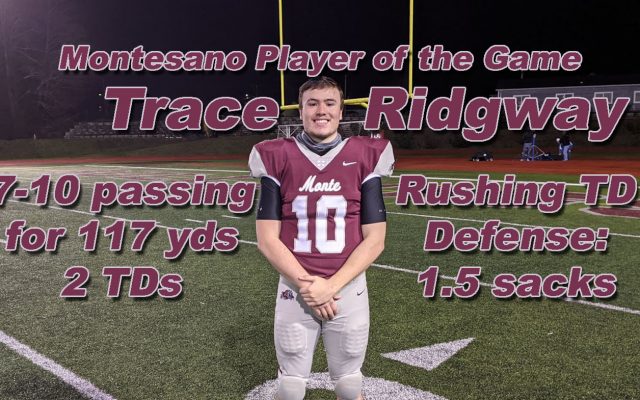 Montesano, WA – The Montesano Bulldogs were dominant again on Friday night and moved to 3-0 on the season with a 41-0 win over their rival Elma.

What could go wrong did in the early going for the Eagles as their first drive ended with an interception by Montesano’s Colby Adams.

The Bulldogs capitalized on the short field and Quarterback Trace Ridgway scored on a sneak from one yard out on their third play of the drive.

Elma went three and out on their next drive and Monte again followed with a touchdown.

This time Isaac Pierce punched it in with a 10 yard TD run to push the lead to 14-0 with 6:47 left in the first quarter.

The Eagles would then turn the ball over again as the Bulldogs forced a fumble leading to more points for the potent Bulldog offense.

Isaiah Pierce finished the short drive with a one yard plunge.

After trading punts, Elma had the ball again but not for long as the Bulldogs ripped away another fumble.

Montesano then used the passing game to grab their fourth TD of the game as Ridgway hit Isaac Pierce on a 41 yard wheel route with a beautiful pass for the score.

The Bulldogs then got the ball back with a 28-0 lead and 48 seconds left in the first half.

They used a trick play with a backwards pass to receiver Christian Prall who then chucked a great pass to Tight End Connor Hollatz for a 44 yard gain.

That put Monte into position for Ridgway to hit Prall on a nine yard pass for the Bulldogs fifth score in the first half which made the half time score 35-0.

Montesano got the second half kick and used the ground game and the legs of Aydan Darst to move down the field.

Darst finished the drive with a two yard TD run to give the Bulldogs a 41-0 lead which induced a running clock for the rest of the game.

Ridgway was our Player of the Game as he went seven for 10 passing with 117 yards and two TDs to go along with 14 yards rushing and a TD.

Tune in next week to hear the Aberdeen Bobcats take on Rochester on Saturday. 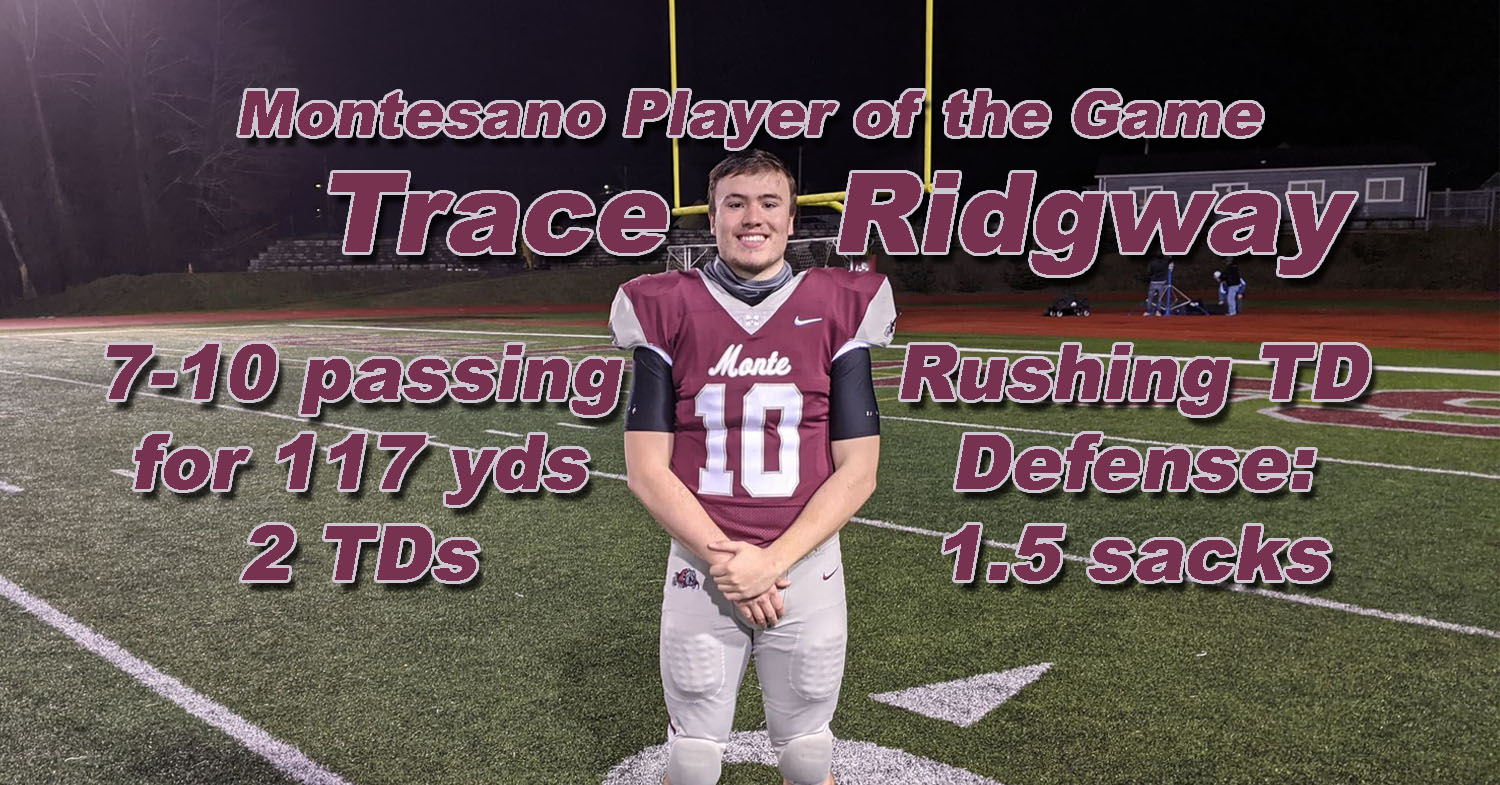