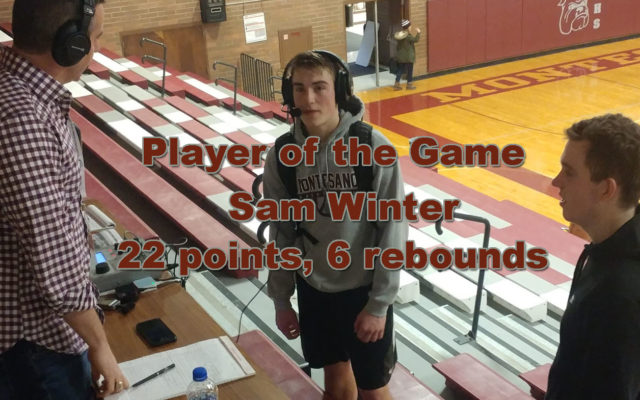 The Montesano Bulldogs took down Seton Catholic with a buzzer beating put back in overtime on Thursday night to advance to a winner to State game.

After a furious second half comeback by the Cougars the Bulldogs got the win 70-68 on a rebound and bucket by Evan Bates as time expired.

Montesano led 21-14 after the first period and 38-26 at half time but Seton Catholic fought back in the second half.

The Cougars started hitting their shots from the outside and outscored the Bulldogs 19-15 in the third to draw within eight points heading to the fourth.

In the last quarter of regulation the Cougars took their first lead of the night and outscored Monte 20-12 but the Bulldogs answered with big shots of their own and forced overtime.

In overtime both teams had only one field goal and a free throw through three minutes and 25 seconds of the four minute period.

Then Montesano took over possession and after a time out with about 17 seconds left they put the ball in the hands of their leading scorer Sam Winter.

Winter waited till there was about five seconds left and drove to the basket, taking on two defenders.

His shot was redirected but it went right to a cutting Bates who grabbed it and put in the game winning bucket.

Winter was our player of the Game for his game high 22 points and six rebounds.

Trace Ridgway finished with 13 points and ten rebounds, Tanner Nicklas added 11 points and 12 rebounds, and Shaydon Farmer had a great all around game to go along with his ten points.

Catch radio highlights, interviews of Bates and Winter, and a video of the game winner below. 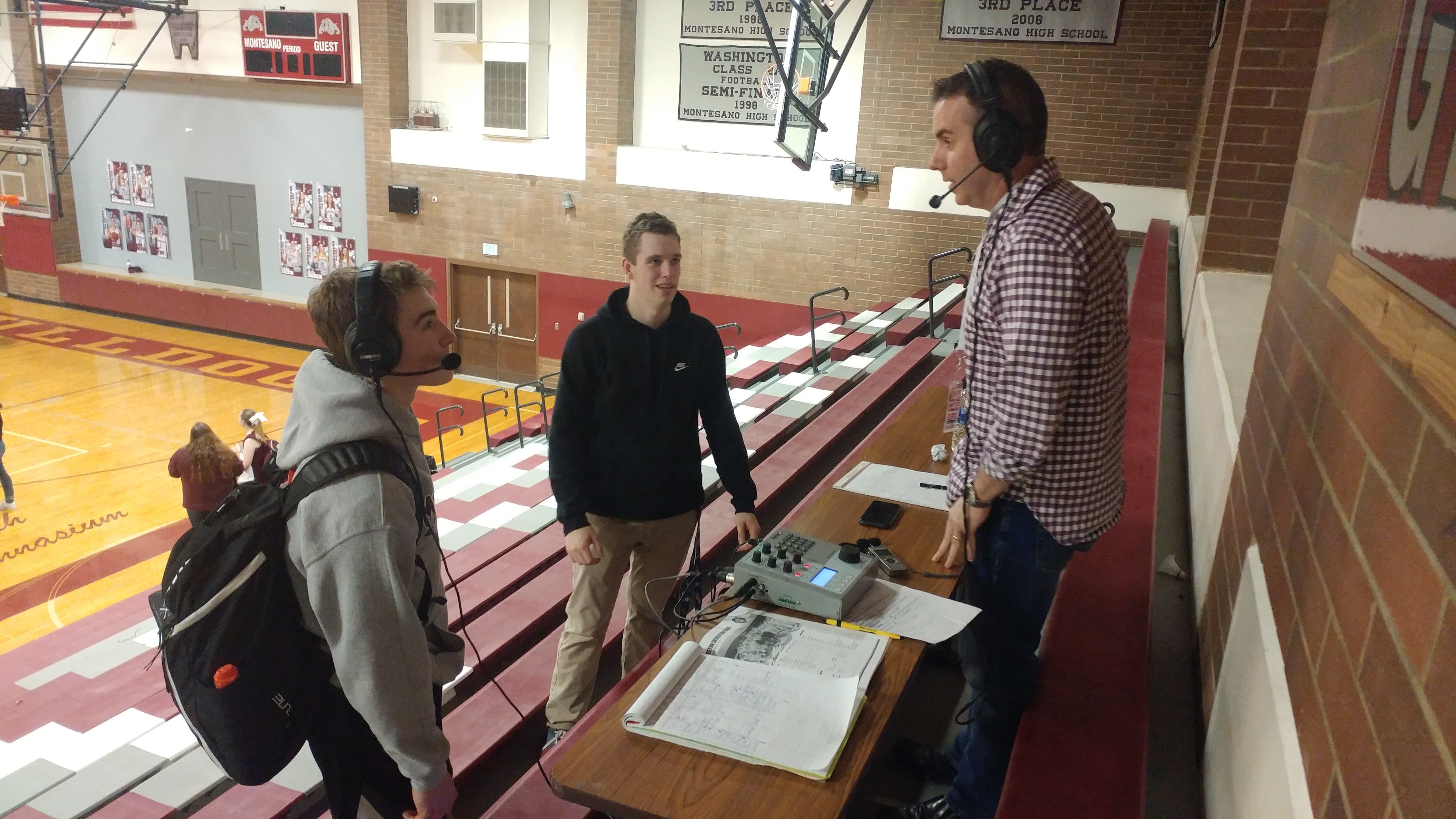 Winter left and Bates middle talking with Ian Cope after the game. 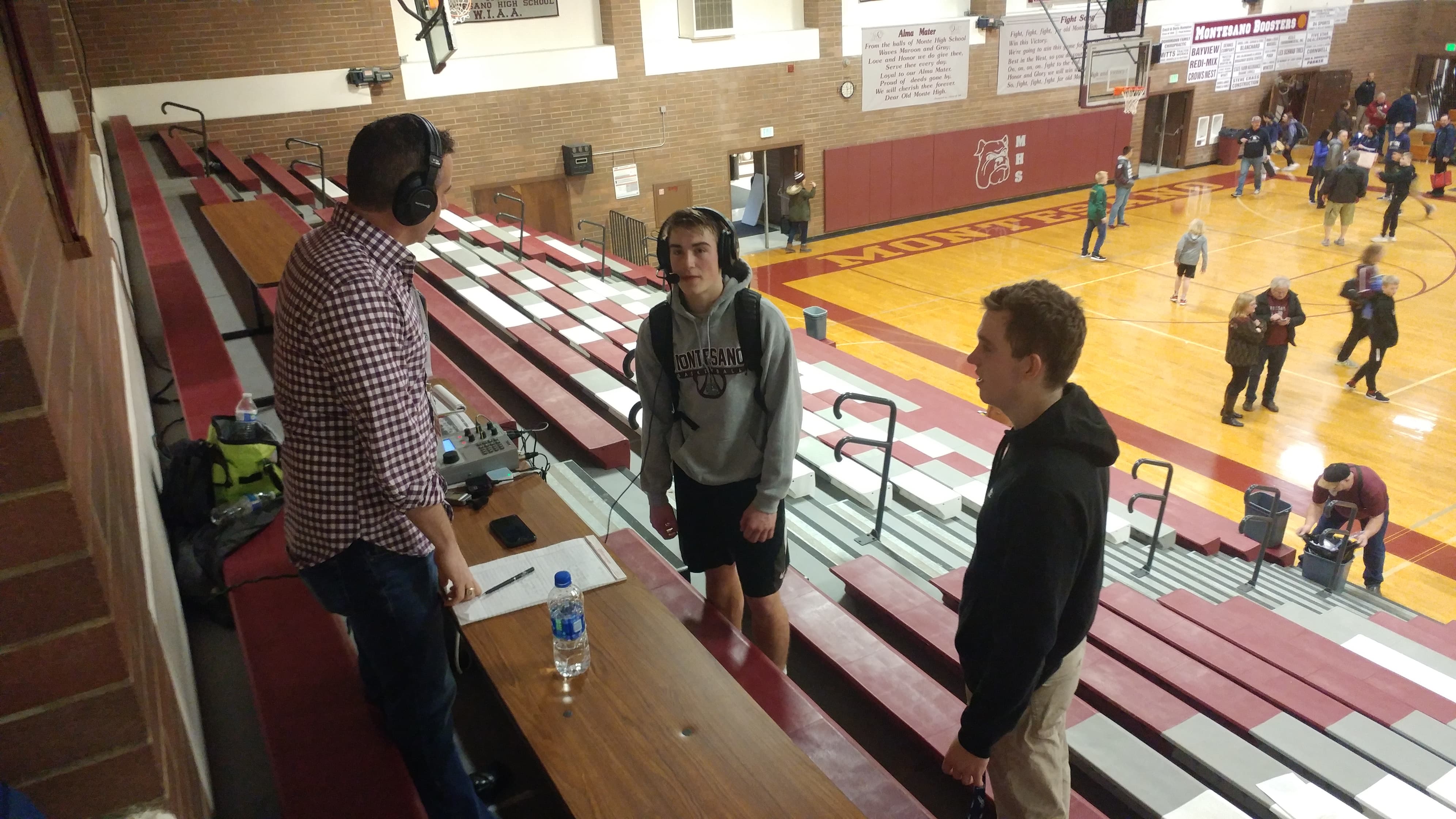