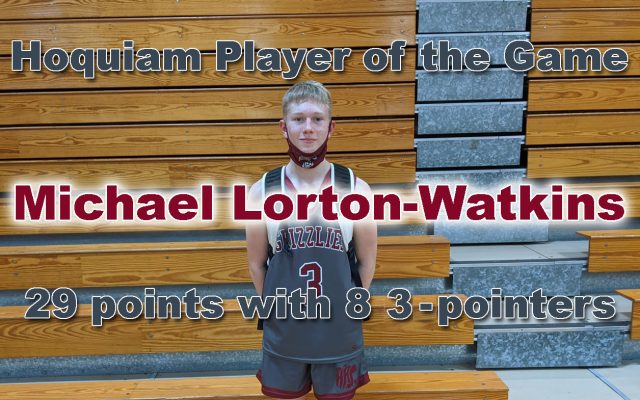 Montesano, WA – The Hoquiam Grizzlies used a high scoring second quarter led by sophomore Michael Lorton-Watkins to roar past the Bulldogs in Montesano.

Lorton-Watkins hit six 3-pointers in the second quarter and totaled 20 points in that period alone to lead the Grizzlies to the 66-49 victory.

The Bulldogs were slow to start as Hoquiam stifled Montesano’s Trace Ridgway with a Box-and-1 defense.

Hoquiam took advantage by outscoring the Bulldogs 15-4 in the first quarter.

Then in the second the Grizzlies rode Lorton-Watkins scoring barrage and outscored Monte 28-10 to take a 43-14 lead into the half-time break.

In the third period the Bulldogs battled back and were led by Caydon Lovell’s 11 points in the frame to put up 22 points to Hoquiam’s 13.

The Grizzlies still led by 24 heading to the fourth in part due to Lorton-Watkins breaking free from tight defense for the final five points of the quarter including a buzzer beater from two steps inside half court.

Montesano continued their comeback bid in the fourth, but Hoquiam’s lead proved too large as they cruised to the 66-49 victory.

Lorton-Watkins was our player of the game for his game high 29 points.

He hit eight 3-pointers in the contest.

Justice Stankavich had an excellent night rebounding for Hoquiam as he grabbed 14 boards.

Giovanni Foster and Francis Higgins played excellent defense as they were tasked with hounding Ridgway throughout the night.

Ridgway was still able to manufacture 10 points on the night second only to Lovell’s 19 for Montesano. 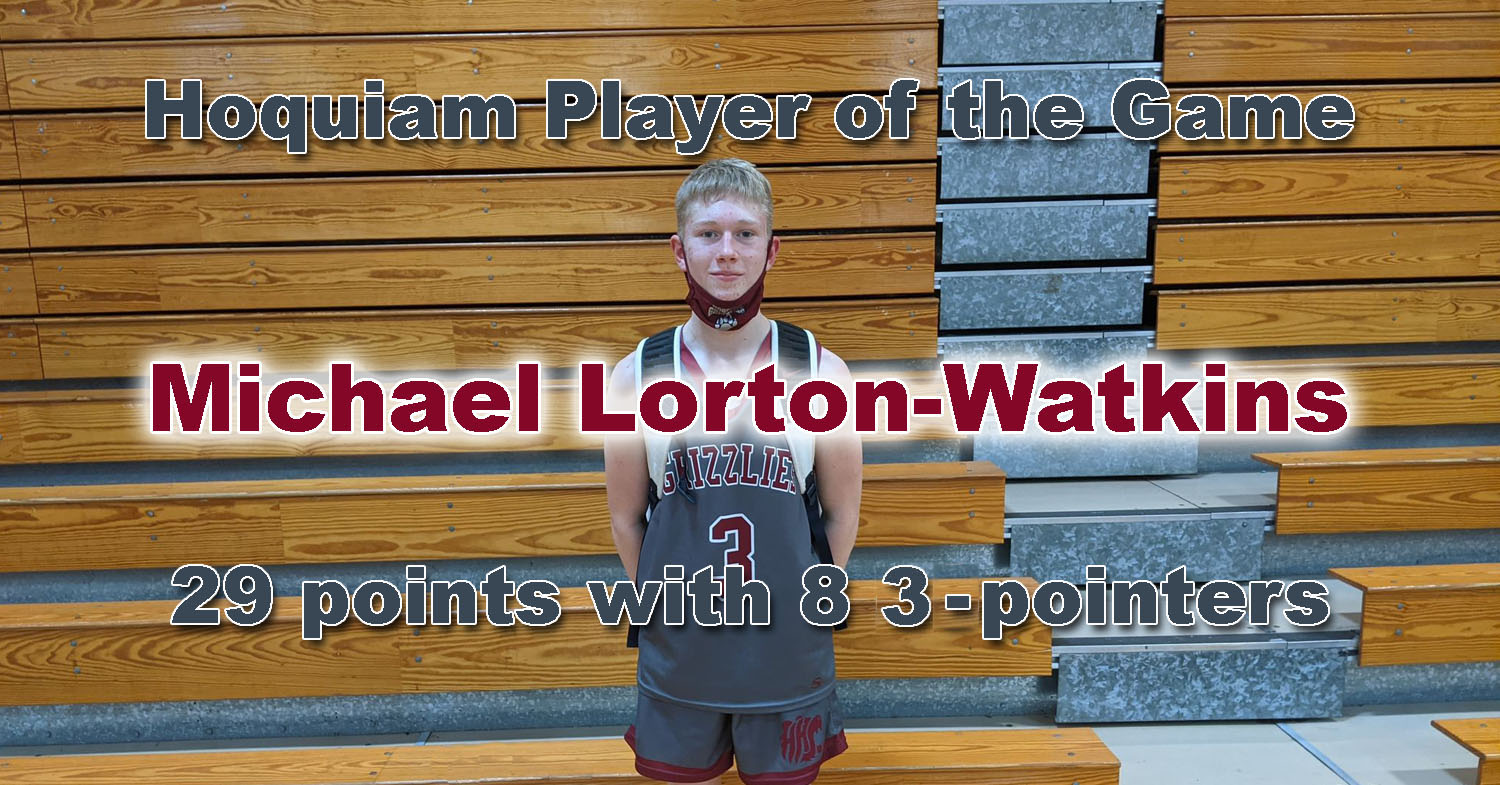