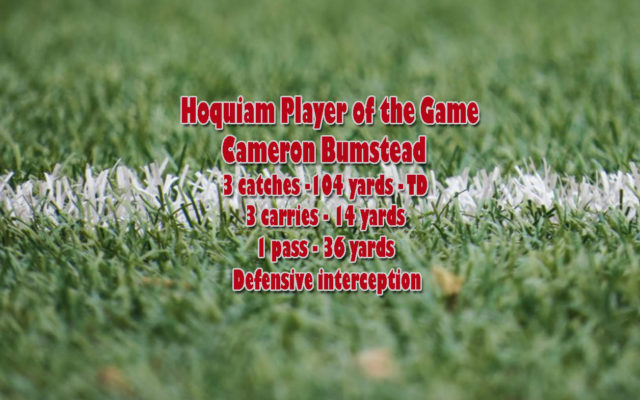 Hoquiam, WA – The Hoquiam Grizzlies got out to a fast start and cruised to a victory over the Elma Eagles.

The Grizzlies jumped out to 25-7 lead at half time and then the defenses of both teams stepped up in a sloppy second half in a game that ended with a 32-7 final favoring Hoquiam.

The Grizzly defense was on point all night and it started by forcing Elma to punt on their opening drive of the game.

Then Hoquiam took over and scored the first of four first half touchdowns as Dane McMillan took a pitch from Matt Brown and scored from one yard out.

After again forcing a three and out, the Grizzlies marched down the field and capped the drive with a 20 yard pass from McMillan to Cayden Kempf for the TD.

Hoquiam did not convert on either their extra point on their first score or their 2-point conversion on the second and the score was 12-0 with 1:29 left in the first quarter.

The Grizzlies then scored again two drives later when McMillan hit Kyle Larsen for a 36 yard TD and they converted the kick to make it 19-0.

Elma got their offense rolling on the next drive and Rene Duran, who was starting in place of an injured Cody Vollan, threw a TD pass from two yards out to Brady Shriver.

The Eagles converted the extra point to bring the score to 19-7 with :57 left in the first half.

Hoquiam did not waste any time answering that drive however as they scored on their first play of the ensuing drive.

McMillan again dropped back and this time he connected with his favorite target so far this year, Cameron Bumstead.

Bumstead caught the deep pass down the right seam, broke a tackle, and sprinted for the 56 yard TD.

The Grizzlies went for two again and again they were held out making the score 25-7, which would hold till half time.

The second half belonged to the defenses and penalties.

There was a combined 14 penalties for the teams in the second half to go along with 7 punts, two Elma turnovers, and one Eagle turnover on downs.

Hoquiam scored the only points of the latter half after Bumstead threw a fourth down bomb on a trick play to Larsen who was caught inside the five yard line.

Brown, who had a dominant night on defense, finished the drive with a one yard TD run.

The extra point was tipped but still converted making the final score 32-7.

Hoquiam was led by Bumstead who had three catches for 104 yards and a TD to go along with three carries for 14 yards, and his one pass for 36 yards.

He also had an interception on defense.

McMillan also had an excellent game with his 11 carries for 19 yards and a score as well as passing for 176 yards and three TDs.

For Elma, Shriver had four catches for 22 yards and his score and added 54 yards on the ground.

Isaiah O’Farrill also had a strong night running for the Eagles with 24 carries and 74 yards.

He also added a sack on defense. 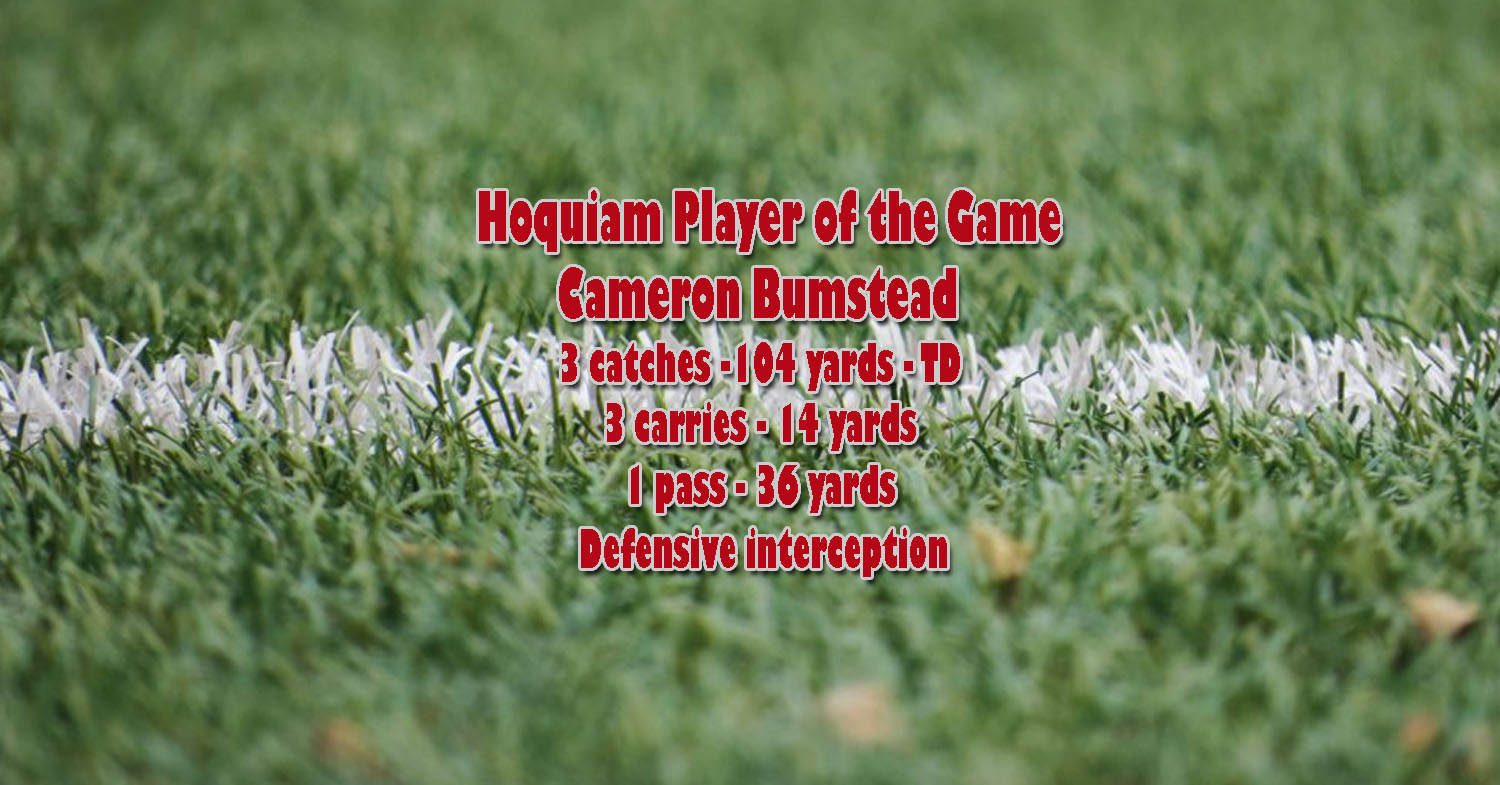