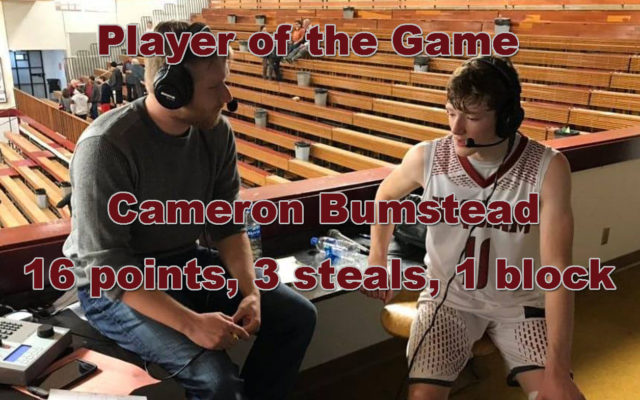 Hoquiam was down for most of the game in our Bi-Mart double header night cap, but they roared back in the 4th quarter to get the 57-56 win over Montesano.

The Bulldogs were leading 51-43 after the third quarter, but then their shooting went cold and the Grizzlies took advantage to grab the victory.

Hoquiam had not had a lead since the first quarter and then with about 2:40 left in the game they completed their comeback and took the lead 55-54 on a break away layup by Cameron Bumstead.

Montesano regained the lead 56-55 with 35 seconds left on a great driving layup by Trace Ridgway.

On Hoquiam’s next possession Matt Brown would get the ball down low and while he could not convert the bucket he was fouled with 16 seconds left.

Brown hit both free throws to give Hoquiam the 57-56 lead.

The Bulldogs answer by Sam Winter was blocked by Bumstead and then a scramble for the ball resulted in Bumstead streaking to the basket.

He was fouled with .7 seconds left.

Bumstead missed both free throws, the second he tried to miss on purpose, but also missed the rim.

Montesano’s inbound pass was then stolen by Matt Brown to end the game.

Bumstead was our Player of the game for leading Hoquiam with 16 points; he also played excellent defense notching 3 steals and the game saving block.

Sam Winter led all scorers with 22 points in the losing effort.

Highlights and a video of the final Montesano possession below: 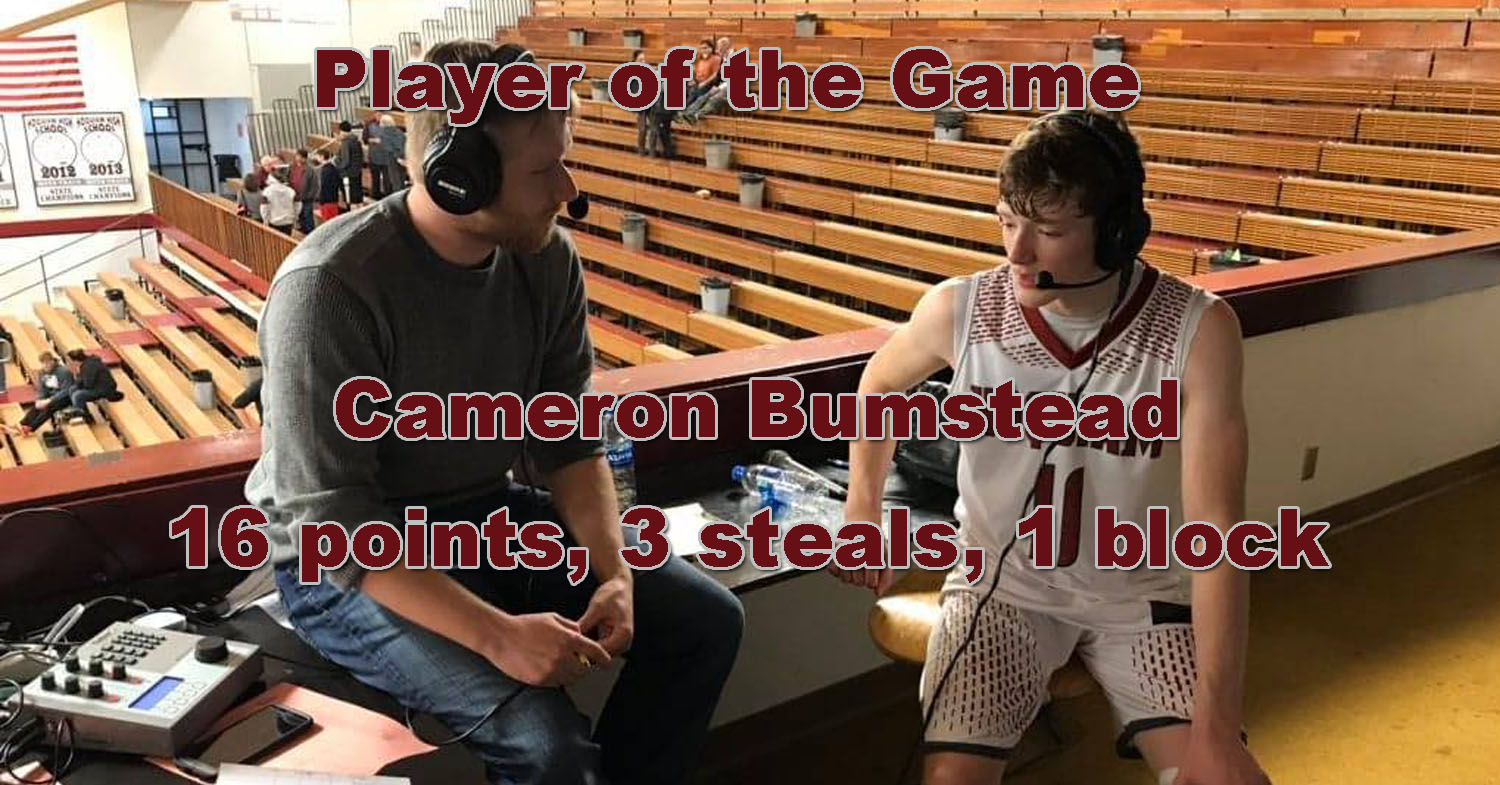