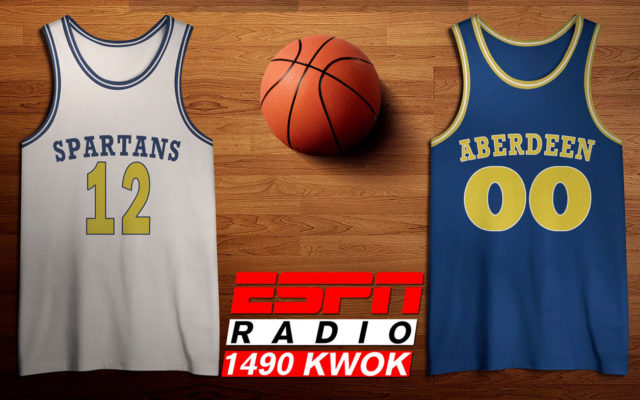 Aberdeen, WA – The Forks Spartans made the trip down to Aberdeen and grabbed two wins from the home team as both the girls and boys teams beat the Bobcats on Friday night.

In the opener, the girls took down the Bobcats 65-42 and boys beat Aberdeen in the nightcap 65-54 at Sam Benn Gym.

Chloe Leverington led Forks in the girls game with 22 points as the post dominated down low for the Spartans.

Aberdeen was led by Aliyah Tageant and Kaely Chum who both had nine points.

Freshman Madison Gore also had a strong night with eight points and 10 rebounds in the losing effort.

The boys game was a sloppy opener for both teams as they struggled with turnovers in a fast paced match.

Aberdeen turned it over 28 times on the night and Forks had 25.

The Spartans were led by Raymond Davis who had 15 points and Tony Hernandez-Flores played a key role with 10 points and multiple forced turnovers on defense.

The Bobcats were led by Nick Farrer who had 11 points and Andrew Troeh and Giovanni Pisani each added 10 points as well.