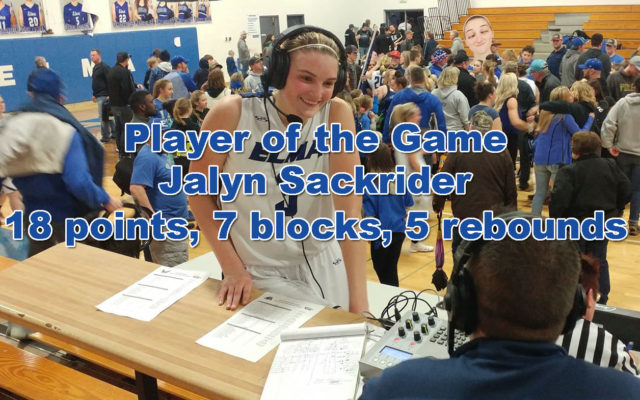 The Elma Eagles grabbed the 1A Evergreen League Title in our Bi-Mart Game of the Week over the Montesano Bulldogs.

In a tough defensive game the Eagles took better care of the ball and they took care of their home court getting the 43-35 victory.

The Eagles jumped out to an early lead with a 9-2 run to open the game and they held a 15-10 advantage after the first period thanks in part to Sackrider’s four first quarter blocks and Quin Mikel’s six opening frame points.

The Bulldogs would close the gap in a low scoring second quarter where they outscored Elma 9-6 making the half time score 21-19 in favor of the home team.

The Eagles defense again flustered Monte in the third quarter as they forced 10 third quarter turnovers and outscored their rivals 10-9 taking a three point advantage into the final period.

Elma held on in the fourth quarter and hit clutch shots down the stretch including big shots by Sackrider and Kali Rambo.

Sackrider also blocked three more shots in the fourth and scored 14 of her game high 18 points in the second half.

She was our Player of the Game as she added seven blocks and five rebounds to her performance.

Zoee Lisherness led Montesano with 10 points and 10 rebounds in the losing effort. 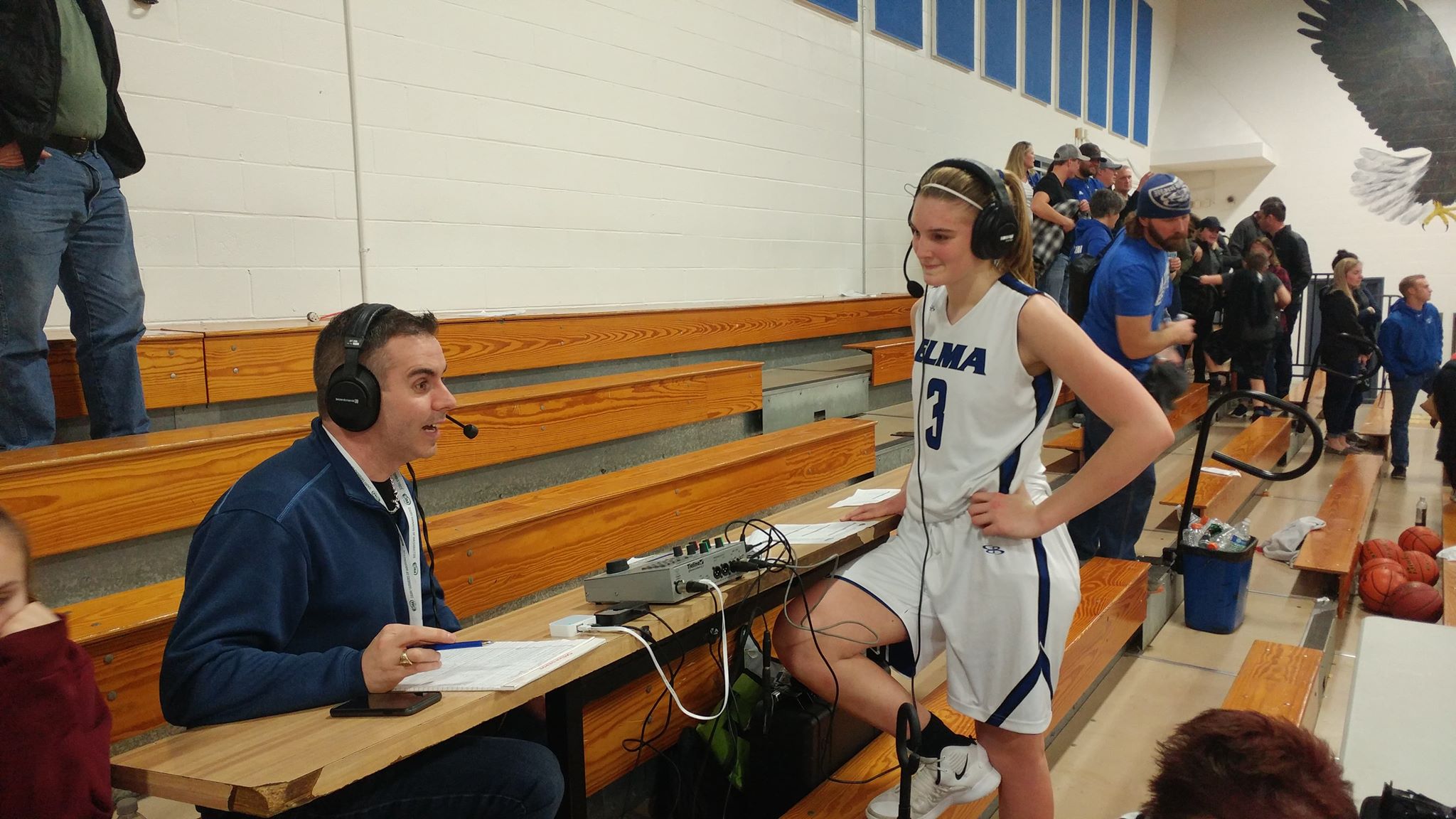 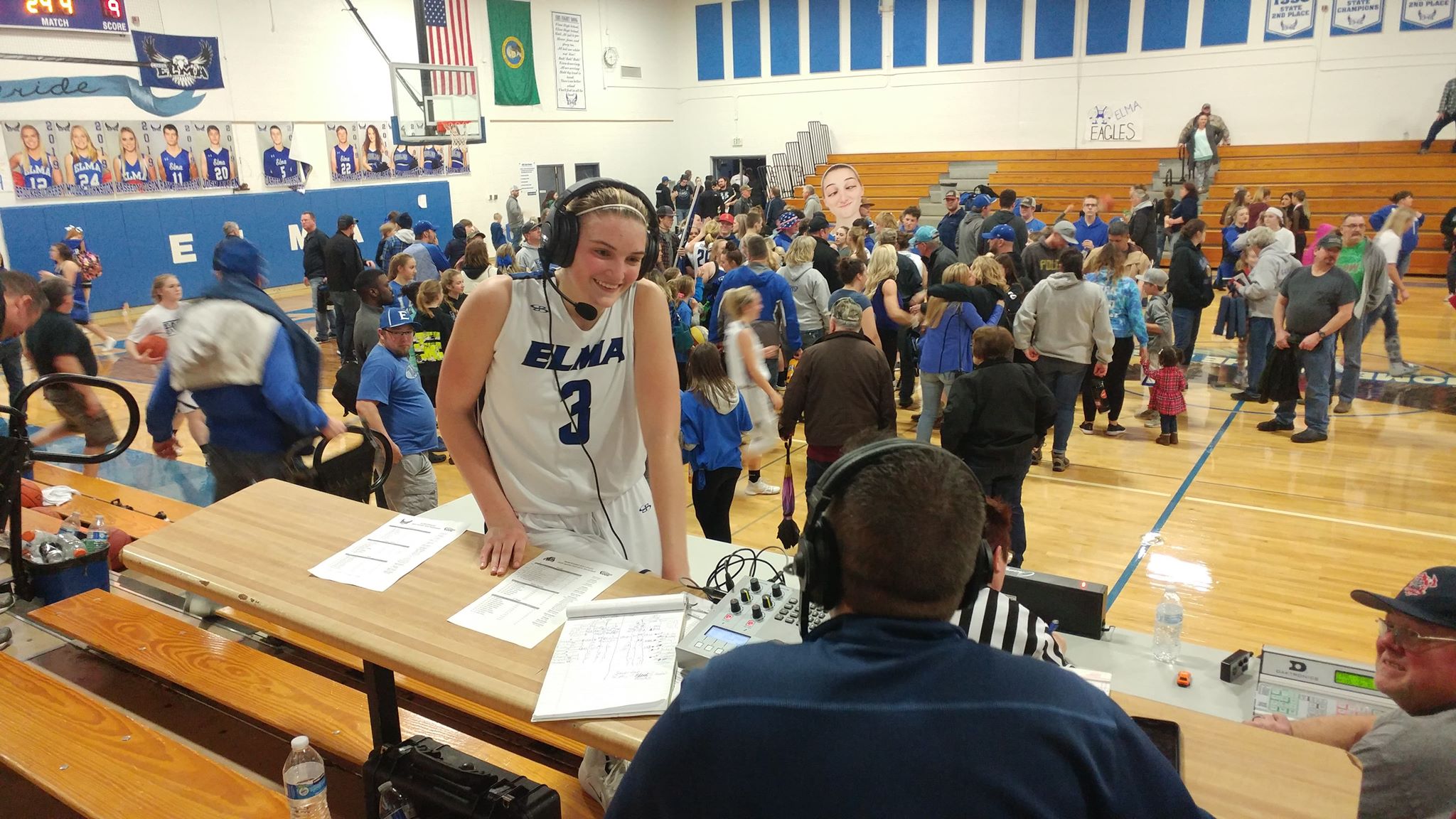