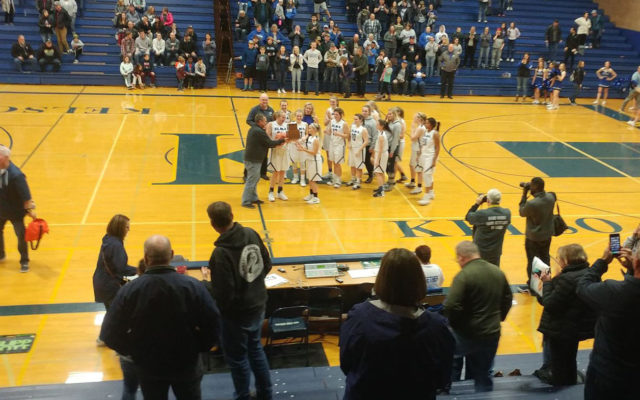 The Elma Eagles claimed the District Title with a win over King’s Way Christian.

The Eagles controlled most of the game and grabbed the 48-37 victory.

King’s Way would edge the Eagles in the third period by two but Elma never relinquished their lead in the second half as the fourth quarter was played to an 11-11 draw.

Jalyn Sackrider was our player of the game for her 14 points and 12 rebounds.

Molly Johnston came off the bench with seven points and eight rebounds.

Highlights to be added at a later date. 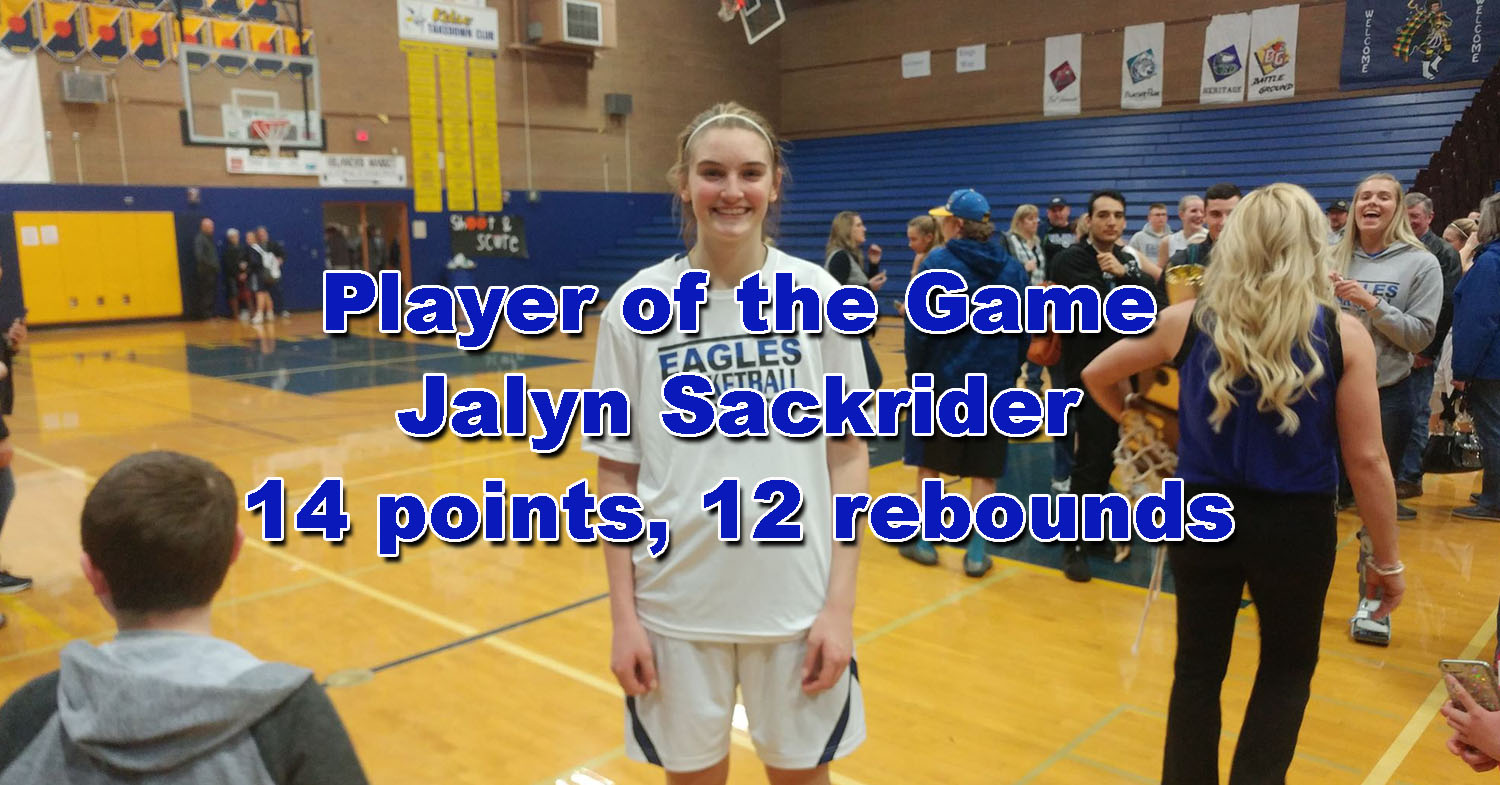 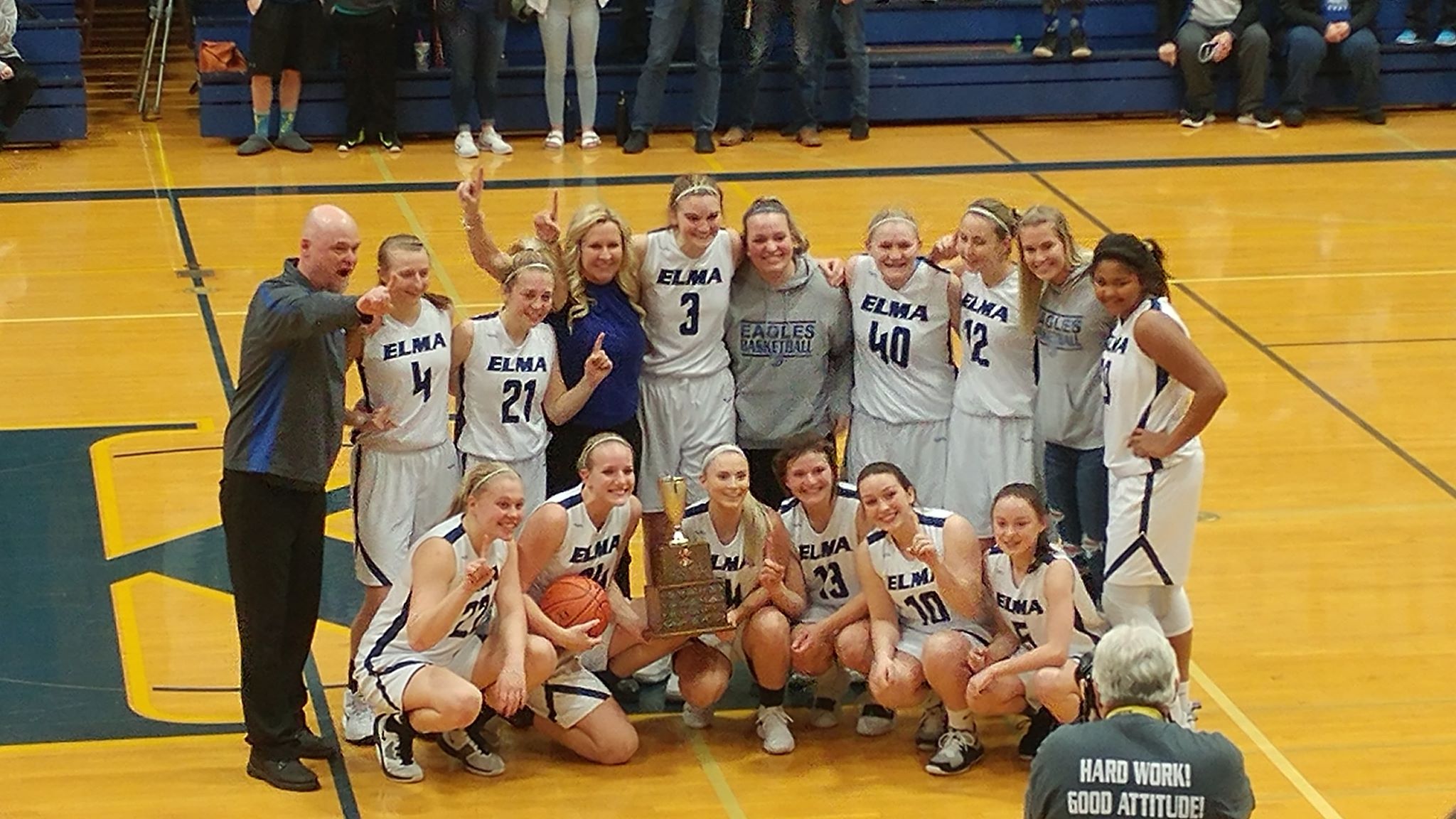