Castle Rock, WA – The Hoquiam Grizzlies survived a close first half and then exploded in the second half to send them to the State Tournament.

The Grizzlies were tied with the Castle Rock Rockets 14-14 at the half time break, but then they rattled off four straight touchdowns in the second half to fuel their 50-22 win.

Hoquiam will now await word on who they will take on in the first round of State.

The Grizzlies started the game strong by forcing the Rockets to punt and then pounded the ball on six run plays down the field for a TD.

Malaki Eaton ran it in for his first of many on the night.

Castle Rock then answered with a 50 yard TD run by Wyatt Partridge who went over 2,000 yards rushing on the season with that carry.

Hoquiam came right back with another TD drive and again it was Eaton who pushed across the line for the score from 10 yards out.

The Rockets would score the only points of the second quarter on a third and long pass that ended up going for 54 yards from Chase Rusher to Landon Gardner.

After the break, Hoquiam dominated as they continued to eat up yards on the ground.

The Grizzlies did use other players on the ground with Cameron Bumstead hitting for a long run and Ben Estes chipping in solid carries as well.

Eaton started the second half with his third TD of the night from nine yards out.

After a four and out by the Rockets, Hoquiam again drove down and scored, but this time it was Dane McMillan who snuck in from a yard out after Eaton limped to the sideline.

Cayden Kempf intercepted a pass for the Grizzlies and Eaton proved to be OK on the ensuing possession.

He caught a screen pass from McMillan and raced 63 yards for a TD, making the score 36-14.

Hoquiam’s Kyrin Bretz snagged an interception on Castle Rock’s next drive getting the ball back to the Grizzlies high powered offense.

McMillan then hit Kyle Larsen with a TD pass to push the score to 44-14.

The Rockets would score on their next drive on 34 yard run by Partridge, but that was the end of their offensive output.

He added his fifth TD on the night on Hoquiam’s final drive to get to the 50-22 final score.

Eaton was the Player of the Game for his 40 carries, 254 yards, and four rushing TDs.

He also added one catch for his 63 yards TD reception, going over 300 yards of total offense. 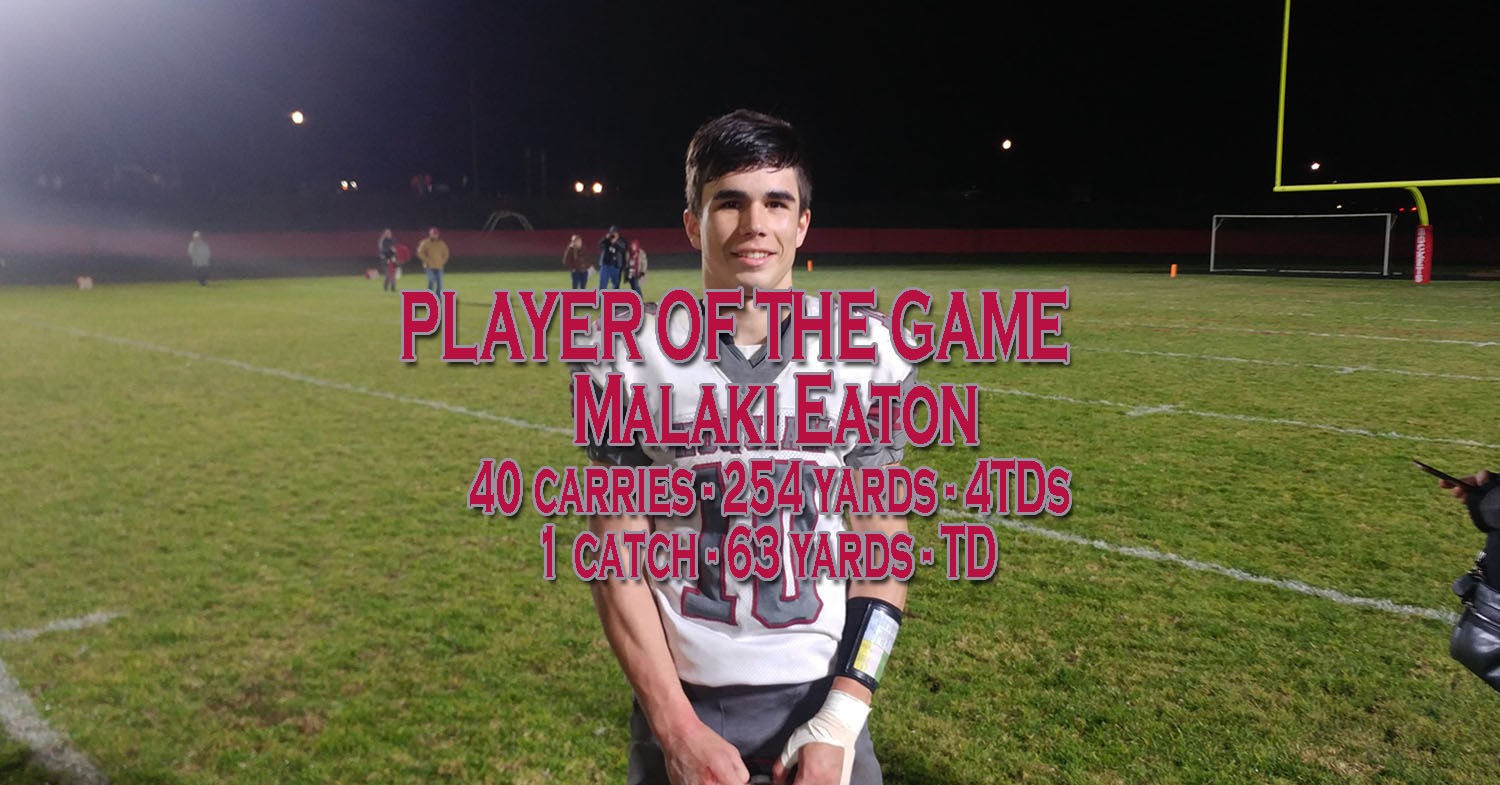