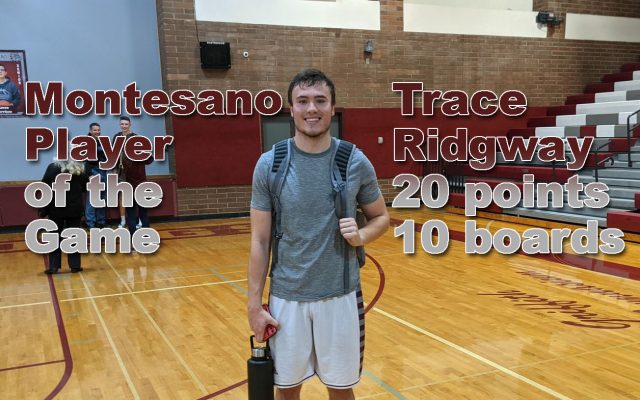 In a game that was fairly close all night, Montesano clamped down in the fourth quarter and pulled away for the 53-37 win.

The Bulldogs led after the first quarter 16-10.

The Eagles matched Montesano’s scoring in the second quarter with 14 to make the total 30-24 at the half.

Trace Ridgway led all scorers after the first half with 16 points.

Both teams struggled to score in the third period and Monte led 39-31 heading to the fourth.

Elma’s usually potent offense then slowed even more in the fourth and only produced six points to the Bulldogs 14 for the final score of 53-37.

Ridgway was our player of the game as he finished with 20 points, 10 rebounds, four assists, two steals, and one block.

Brady Johnston led Elma with 11 points in the losing effort. 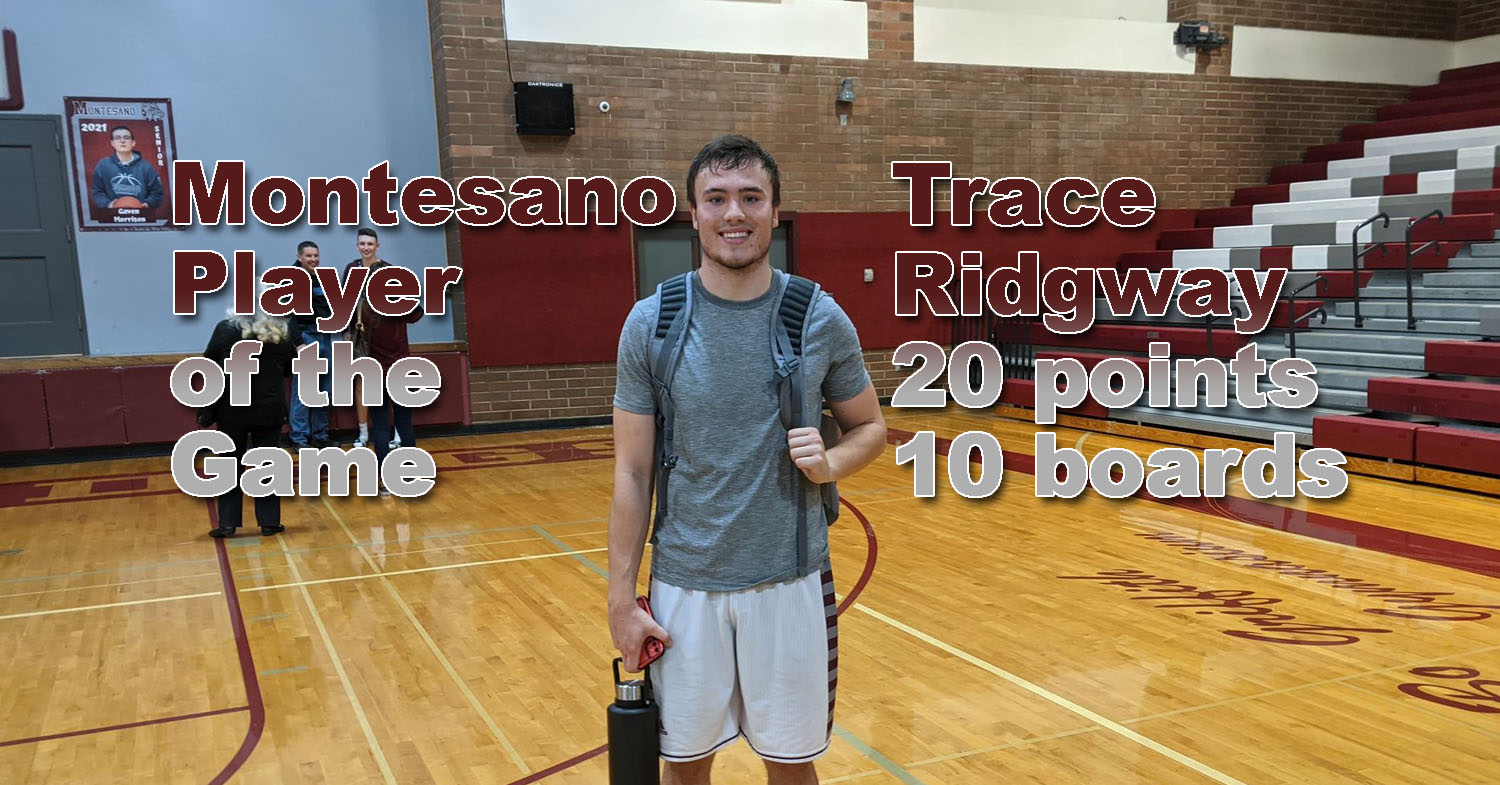