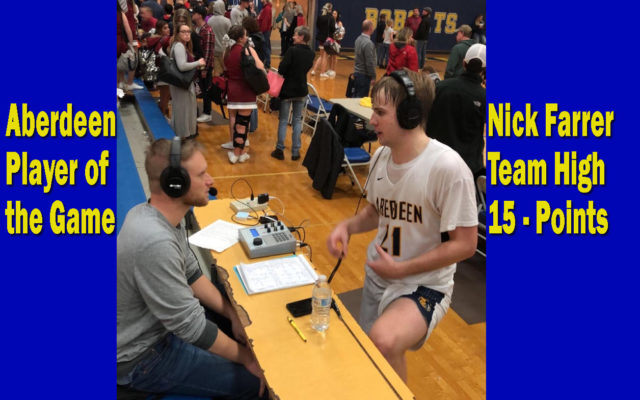 Aberdeen, WA – The Aberdeen Bobcats were fueled by their big guys and they took down their rivals on Saturday night at Sam Benn Gym.

The Bobcats took the lead at the end of the first quarter and never looked back beating the Hoquiam Grizzlies 62-54.

The Grizzlies had the lead early, but Aberdeen led by Senior Nick Farrer and Junior Kayden Seibert, who both had seven first period points, rallied back and took a 17-14 lead into the second quarter.

The second went back forth as both teams finished with 14 points to make the score 31-28 at the half with the Bobcats in the lead.

Seibert went back to work in the third quarter and the Bobcats used a nine point run to extend the lead to 40-28 to start the second half.

Hoquiam battled back though, led by Cameron Bumstead, but Aberdeen answered and took a 47-40 lead into the last quarter.

In the fourth it was Farrer who again went to work and led his team with six points to take his team to the 62-54 victory.

Seibert at 6’5 and Farrer at a strong 6’1 proved too much for the Grizzlies five guard attack.

Farrer was our Player of the Game as he led the Bobcats with 15 points and Seibert finished with 14.

Bumstead led Hoquiam with 19 points and Dane McMillan had nine. 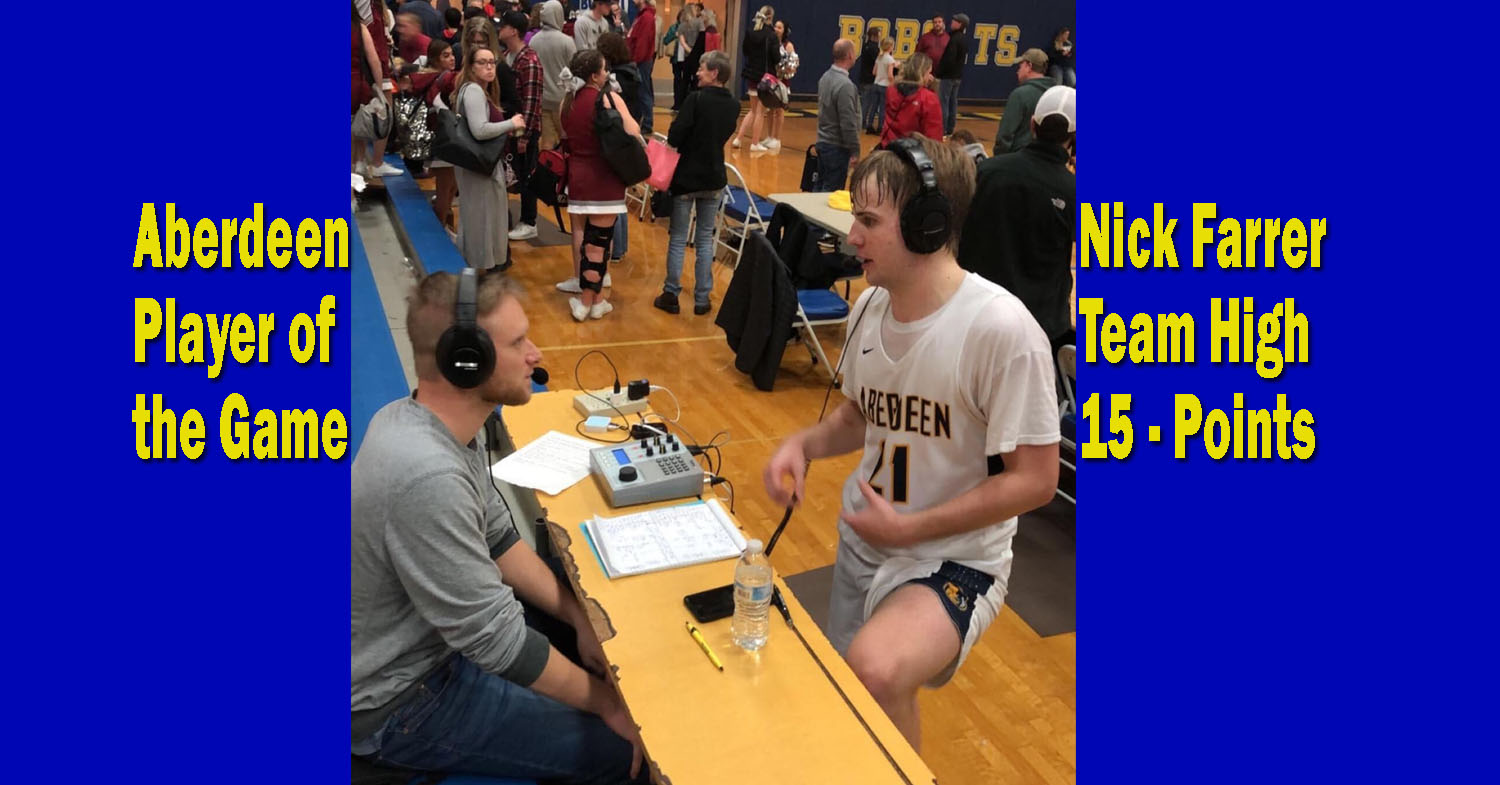