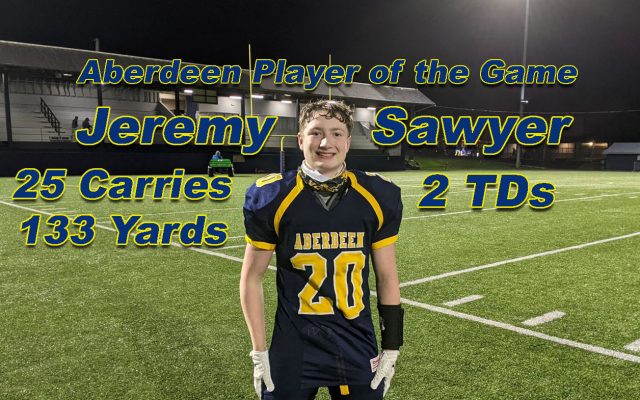 Aberdeen, WA – The Aberdeen Bobcats won in dramatic fashion on Senior Night getting a touchdown on their final drive to defeat the Rochester Warriors 12-7.

The first half was dominated by the defenses but it was also played entirely on the Rochester side of the field.

Bobcat Enrique Edmondson recovered an onside pooch kick to start the game and while they couldn’t capitalize with points they held Rochester on their own side of the 50 the whole first half.

Not only did the Aberdeen defense hold Rochester to 41 yards of total offense in the first half but they also grabbed two interceptions, one by Jeremy Roberts and the other by Jakob Bowers.

The second half showed improvement by the Bobcats offense but it still couldn’t finish until their first play of the fourth quarter.

Jeremy Sawyer took a hand off to the outside and broke two tackles on his way to a 37 yard TD run to break the scoreless tie.

The 2-point conversion failed leaving the score at 6-0.

Rochester then used a 40 yard pass to get the ball inside the five but the Bobcats defense stood strong again and held the Warriors at the 1-yard line.

A good punt by Eli Brown after Aberdeen’s next drive pinned Rochester deep and then Aberdeen sacked the quarterback to force a 3rd down and 19 from the 5-yard line.

Warrior QB Landon Hawes then avoided rushers and threw a deep pass down the sidelines and hit Talon Betts for a 95 yard TD.

The extra point was made and that gave Rochester the 7-6 lead with less than five minutes remaining.

Aberdeen then marched down the field getting big runs from Sawyer, Trey Anderson, and Connar Sherman.

Then with :29 seconds left the Bobcats turned to Sawyer again and he punched in a two yard TD run to give Aberdeen the 12-7 win.

Sawyer was our Player of the Game as he finished with 25 carries for 133 yards unofficially and the two TDs.

The entire defense played well with Austin Neeley, Tydus Morrow, Seth Brown, and Garrett Springer, all seniors, standing out on the defensive line. 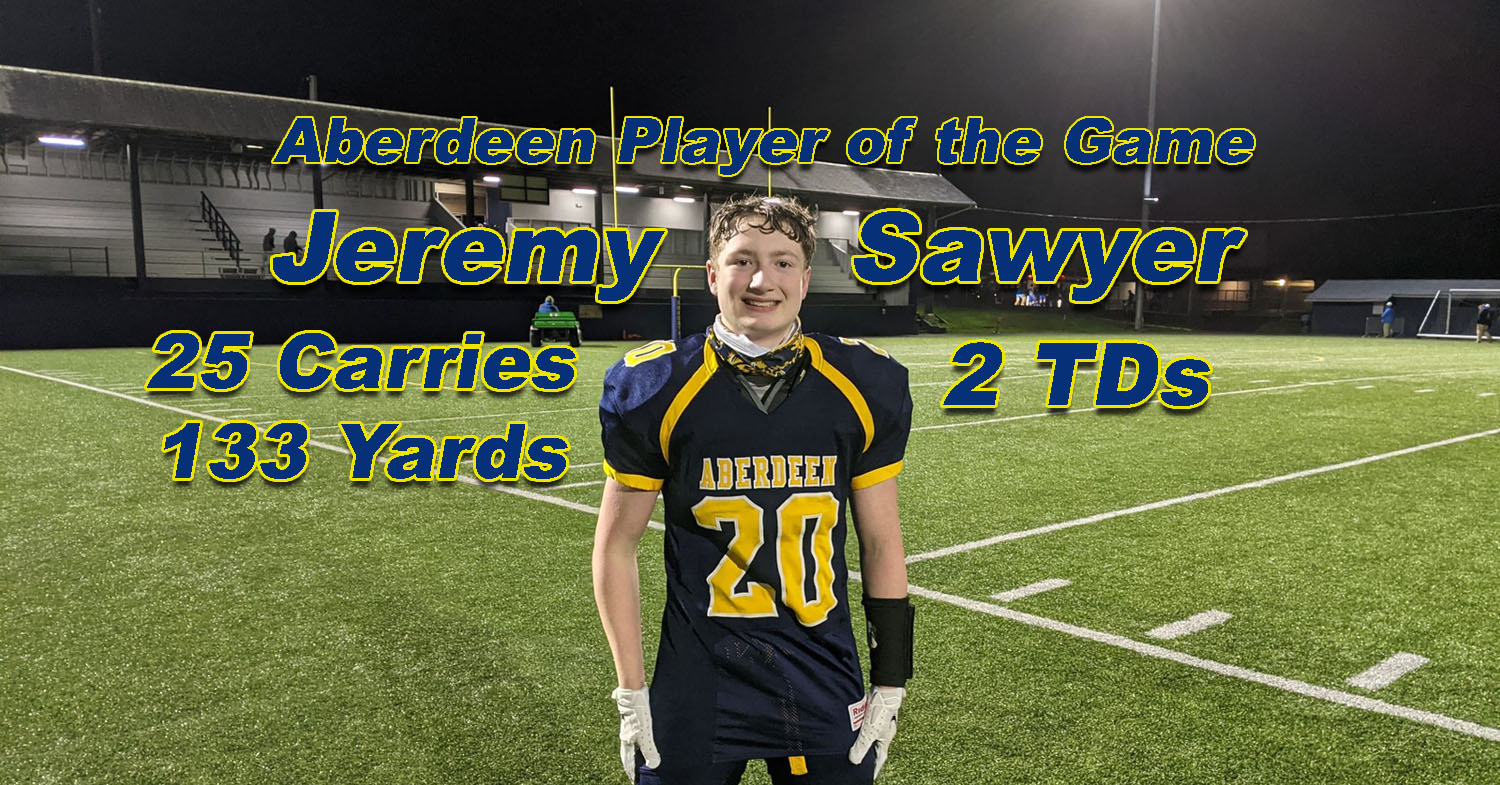