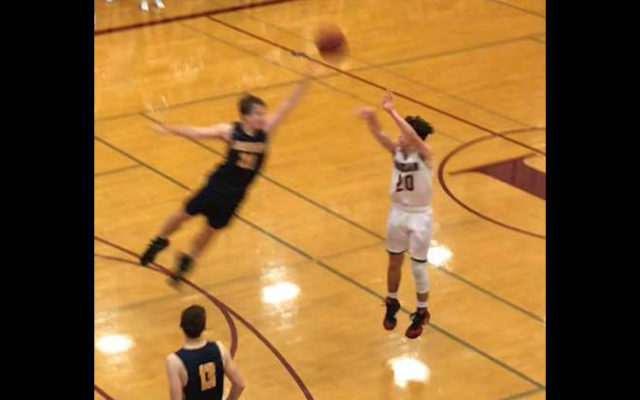 Hoquiam, WA – The Aberdeen Bobcats seemed to be cruising to their second victory over the Hoquiam Grizzlies this year as they stretched their lead to 18 at the end of the third quarter on Friday night at Hoquiam Square Garden.

The Grizzlies proved that they had fight left in them and it resulted in one of the best Myrtle Street Rivalry Games in recent memory.

The Bobcats weathered the storm, survived two last second shots, one to end regulation and the other at the end of the first overtime, and they held on to beat Hoquiam 67-64.

This physical match-up started off in fairly common fashion with Aberdeen leading 20-13 after the first quarter and 33-27 at the half-time break.

The Bobcats used stifling defense and Hoquiam’s shooters went ice cold, and Aberdeen got big shots from Giovanni Pisani and Wyatt Johnson to give them an 18 point lead at the end of the quarter to outscore Hoquiam 14-2 in the frame.

The score was 47-29 to start the fourth quarter.

The Grizzlies came out of the quarter break with an intensity that, while impressive, seemed to be too late.

But they opened the quarter with a 14-2 run of their own and all of a sudden it was a two possession game.

Free throw shooting then began to play a huge role in the finish as Aberdeen went 4-11 in the fourth quarter and Hoquiam went 8-14.

The struggles from the line gave the Grizzlies an opening and the seized the opportunity with Cameron Bumstead driving to rim.

Hoquiam was down one and Aberdeen missed two free throws, but Nick Farrer grabbed the offensive rebound and got fouled.

He then knocked down two clutch free throws to make the score 53-50 Aberdeen.

Hoquiam was left to attempt a three pointer to try and tie the game and Dane McMillan took the big shot.

The shot completed an 18 point fourth quarter comeback as the Grizzlies outscored the Bobcats 24-6.

The first overtime period gave Aberdeen a shot at redemption from the free throw line and Jayden Watson, Pisani, and Johnson combined to go 6-6 from the charity stripe.

That was all of the Bobcats first overtime points.

Hoquiam meanwhile got a big bucket from Garret Dick, but they struggled from the free throw line and went 1-4.

But with time running down again and Aberdeen leading , the Grizzlies drew up an inbound play to give Bumstead a clean look to tie the game.

Farrer’s desperation shot for the Bobcats just missed as time expired sending the game to its second overtime.

Aberdeen again grabbed the lead and were ahead by three with the ball.

They worked the clock beautifully and Pisani finished the long possession with a clutch jumper.

The game finally appeared out of reach for the Grizzlies but that lasted mere seconds.

With Aberdeen up 66-64, Johnson was then fouled and after missing the first free throw, he calmly knocked down the second one, giving the Bobcats a three point lead with seconds remaining yet again.

Bumstead then raced down the court and tried for one more game saving three.

The Bobcats were led in scoring by Johnson who finished with 15.

Following him was Watson with 14 and he was our Aberdeen Player of the Game as he added a game high 11 rebounds including nine in the second half and overtimes.

Hoquiam was led by their player of the game, Bumstead, who despite only having four points after three quarters, led all scorers with 17.

He also was tied for the team lead with seven rebounds along with Dick.

Dick added 15 points and McMillan had 12. 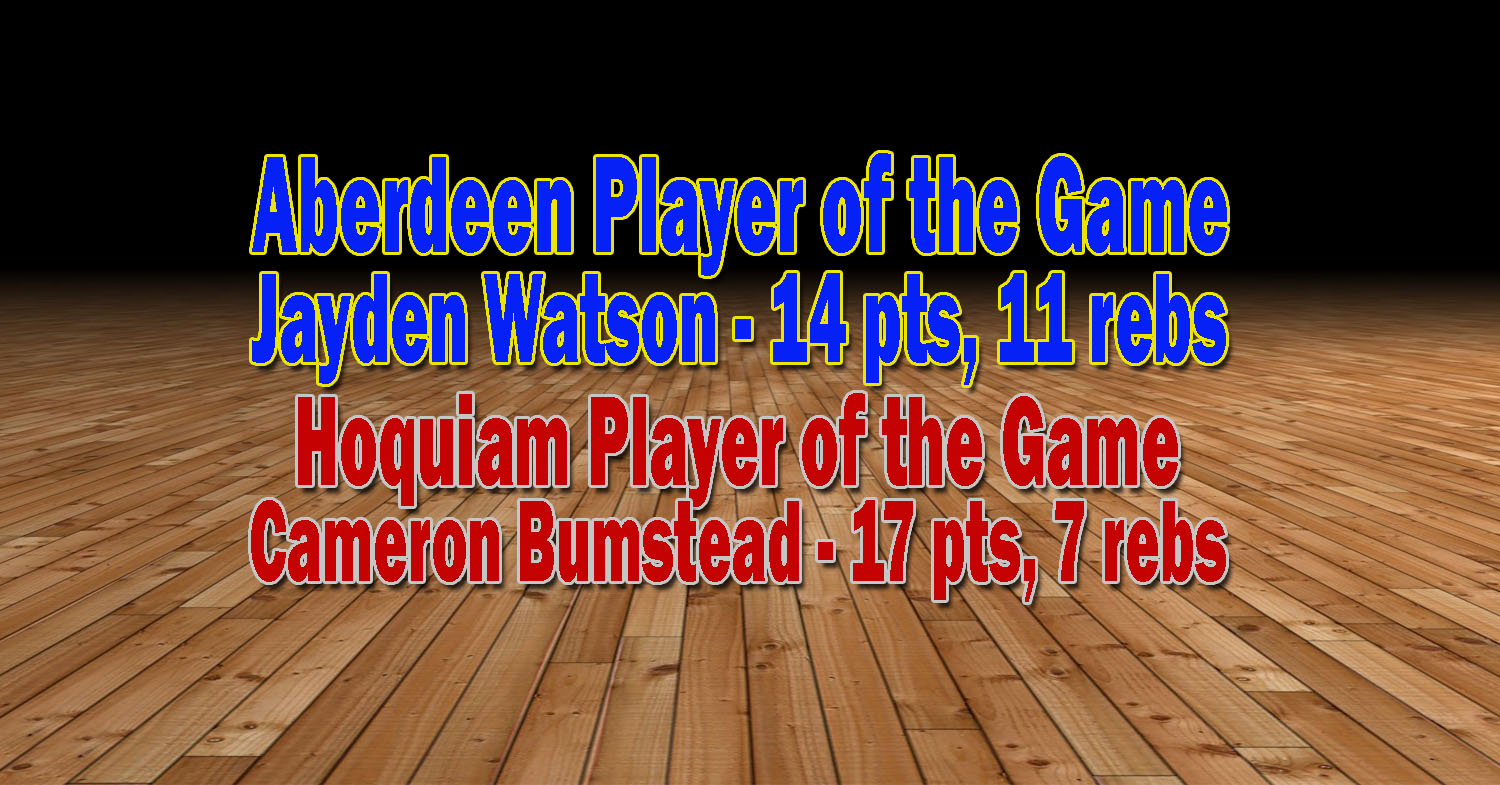