Aberdeen’s offense was up to the task as well as they drove down the field on the first three possessions of the game.

The first drive ended with a missed field goal but the next drive found pay dirt.

Bobcat Running Back Jeremy Sawyer got Aberdeen in range with a 41 yard run and then Connar Sherman finished it off with a 20 yard scamper for the TD.

That gave the Bobcats a 6-0 lead and they quickly got the ball back after the defense forced the Tigers to go three and out.

On the next drive it was Sherman who provided the highlight with a leaping catch on a pass from Eli Brown that got Aberdeen down to the one yard line.

Sawyer then finished the drive with a one yard TD run to give the Bobcats a 12-0 lead.

Centralia then went on their longest drive of the night using 14 plays to get deep into Aberdeen territory but Jeremy Roberts ended their hopes with his second interceptions in as many games.

The Bobcats forced a fumble on the Tigers opening drive of the second half and Sherman again found the end zone this time on a swing pass from Brown for an eight yard TD.

Aberdeen would get the 2-point conversion on the same play but with Griffin Kinkade on the receiving end making the score 20-0.

Both offenses would then sputter for the remainder of the game as Aberdeen held on for the shut out victory.

Sherman was our Player of the Game for his five carries for 51 yards and TD rushing to go with five catches for 72 yards and a TD receiving.

Linebackers Enrique Edmondson and Liam Heikkila stood out on defense for the Bobcats. 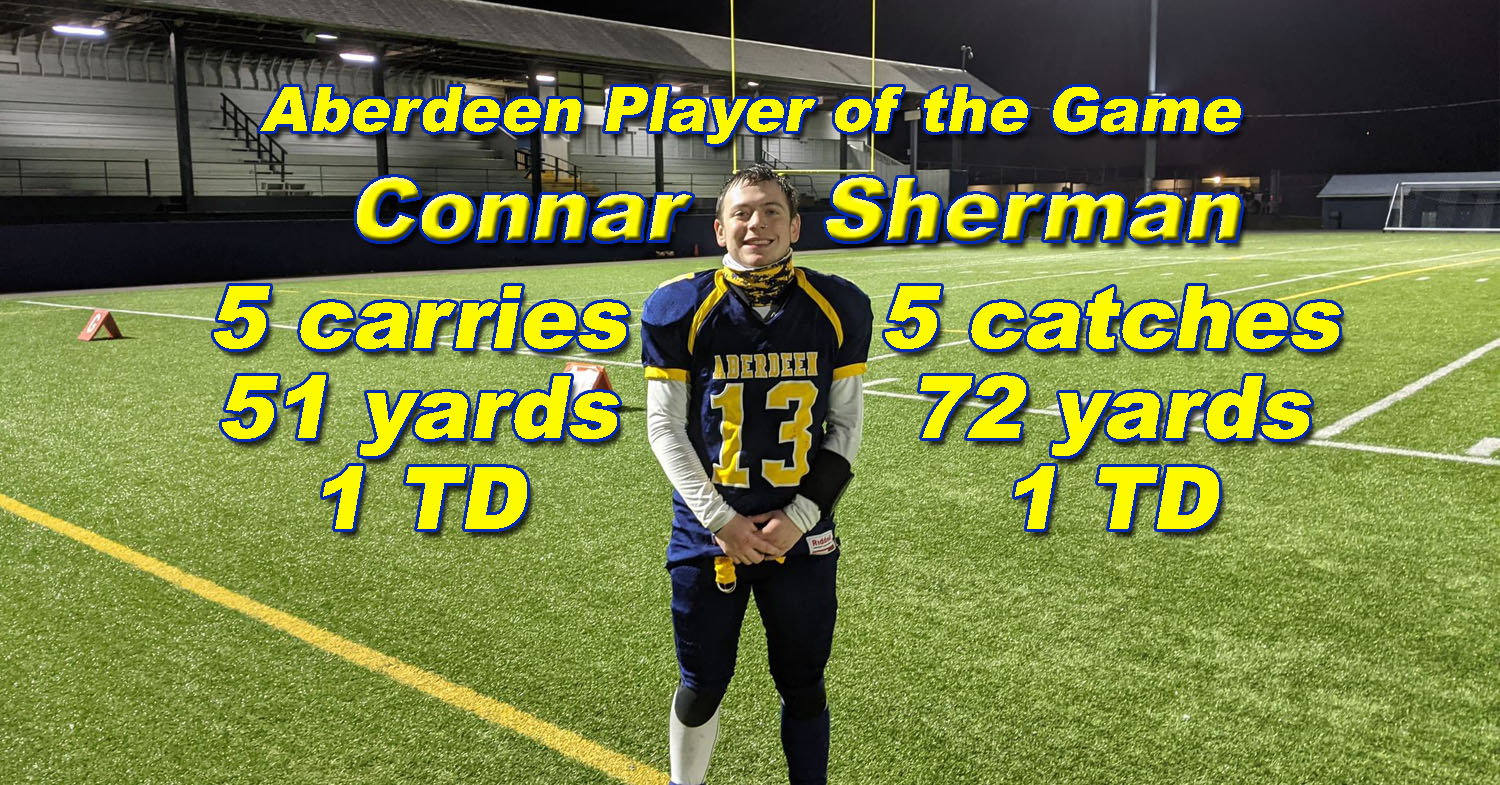