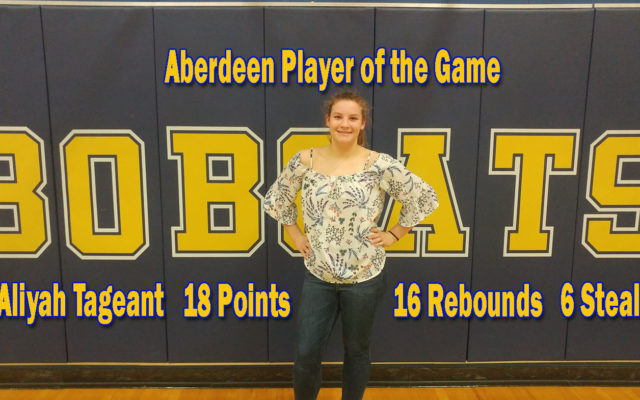 Aberdeen, WA – The Aberdeen Bobcats controlled most of the game and then ran away late for the victory over their rival Hoquiam.

The Bobcats took down the Grizzlies 54-37 on Wednesday night at Sam Benn Gym.

Aberdeen started slow but a strong end to the first quarter gave them a 17-9 lead after the first period.

They then withstood a Grizzly run in the second quarter that closed the gap before again surging to lead 30-23 at half time.

Seniors Emmy Walsh and Aliyah Tegeant led the way the entire night for the Bobcats and they each had 10 points at the break.

The third quarter was low scoring for both teams as Aberdeen outscored Hoquiam 10-9 in the period.

Madison German, who led Hoquiam with nine points on the night, had her best quarter with four points in the third, but Tageant matched her with four of her own and Madison Gore added four in the frame as well.

The Bobcats dominated the fourth quarter and outscored the Grizzlies 14-5 in the final period.

Tageant was our Player of the Game as she led all scorers with 18 points.

She also had 16 rebounds and six steals.

Catch radio highlights from the game below. 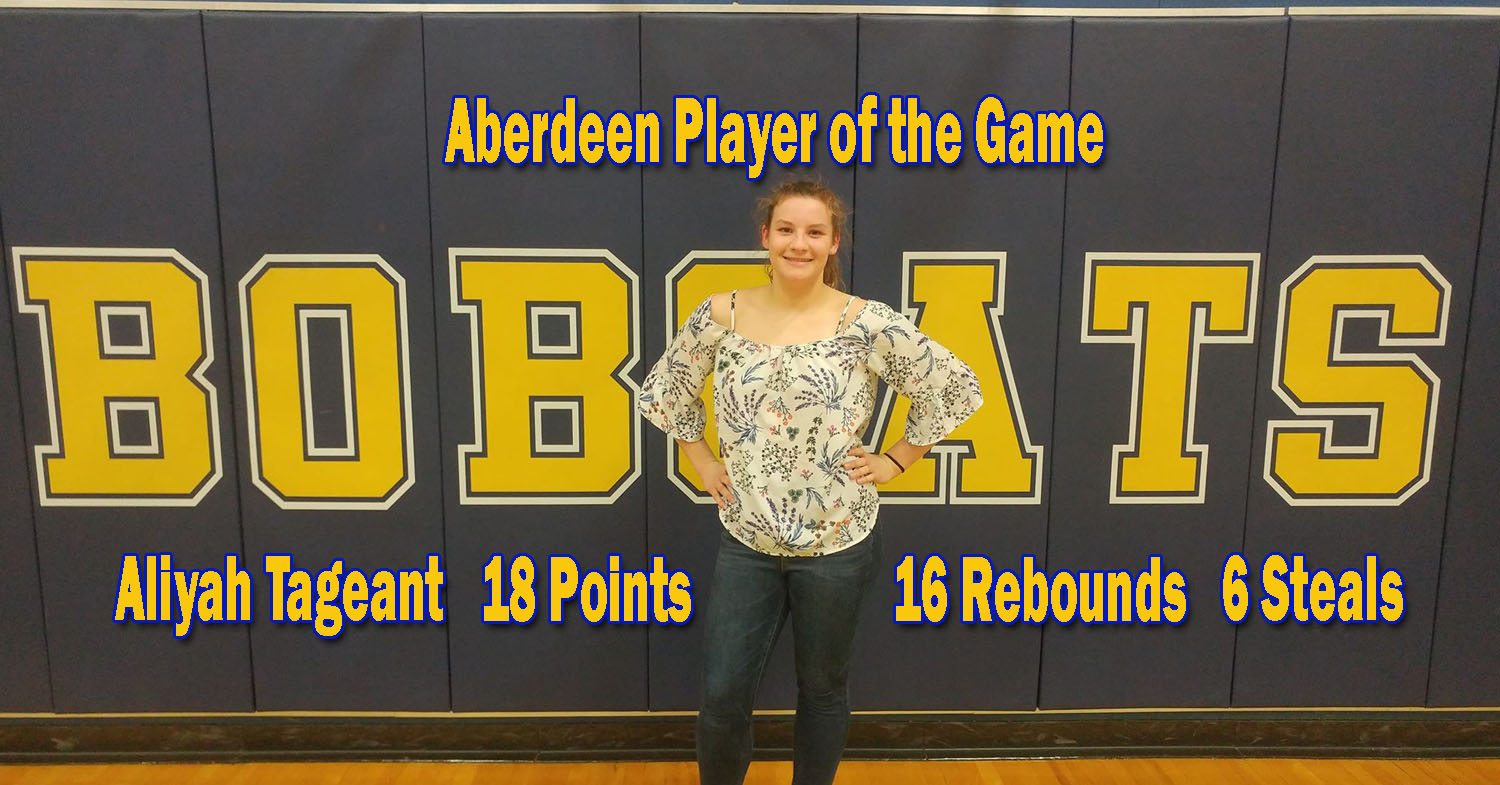