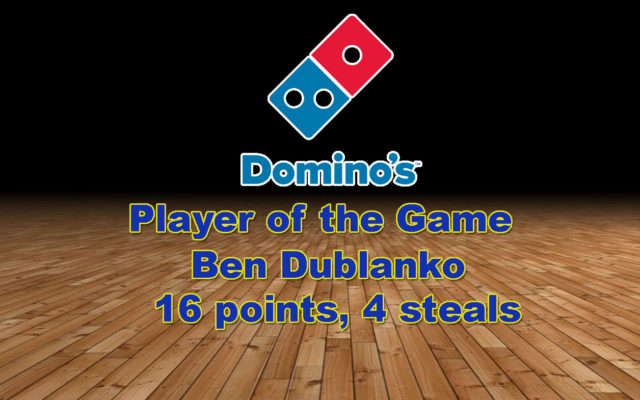 The Aberdeen Bobcats started slow and never really found their rhythm in a loss to the Ridgefield Spudders in the opening game of the 2A District 4 Tournament.

The Bobcats were held to their second lowest scoring output on the season and fell 61-40 at Sam Benn Gym in Aberdeen.

On the other side it was Josh Mansur of the Spudders who got off to a hot start as he poured in 16 of his game high 22 points in the first half.

Ben Dublanko was our Domino’s Player of the Game for his team high 16 points and he added four steals.

Javier Bojorge added 10 points and Derrell Shale had 10 rebounds in the losing effort.