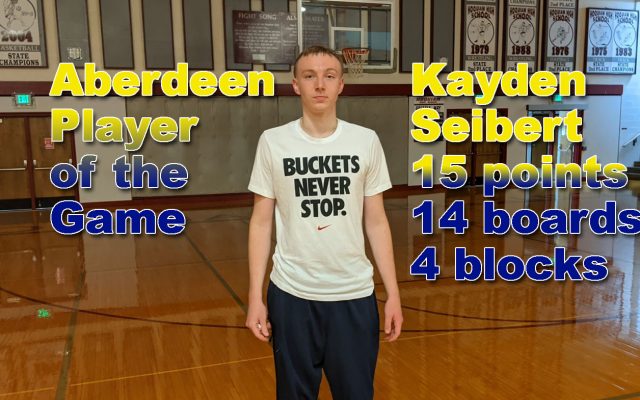 Hoquiam, WA – The Aberdeen Bobcats grabbed the victory over their rival Hoquiam in the Myrtle Street Rivalry boys basketball game.

After the first quarter was played to a 12 all tie, the Bobcats used a solid run to start the second period to build a 28-22 lead at half time.

Angel Baltazar led the Bobcats in the first half with 11 points to match Hoquiam’s Michael Lorton-Watkins for first half scoring.

With Baltazar sitting most of the third quarter due to foul trouble, Aberdeen turned to Kayden Seibert and Jabron Brooks.

Each of the big men notched five points to lead the Cats in the period.

If not for a series of about 10 seconds where Lorton-Watkins scored eight points the lead would have been much larger after the third.

Lorton-Watkins started the flurry with a 3-pointer, then grabbed a steal and scored on a drive, and then snagged another steal and got fouled to convert the three point play.

The Grizzlies were not able to capitalize on the momentum though and the Bobcats cruised to the 55-43 win.

Seibert anchored Aberdeen throughout the game and was our player of the game as he led the Bobcats in scoring with 15 points.

Lorton-Watkins led all scorers with 21 in the losing effort for the Grizzlies. 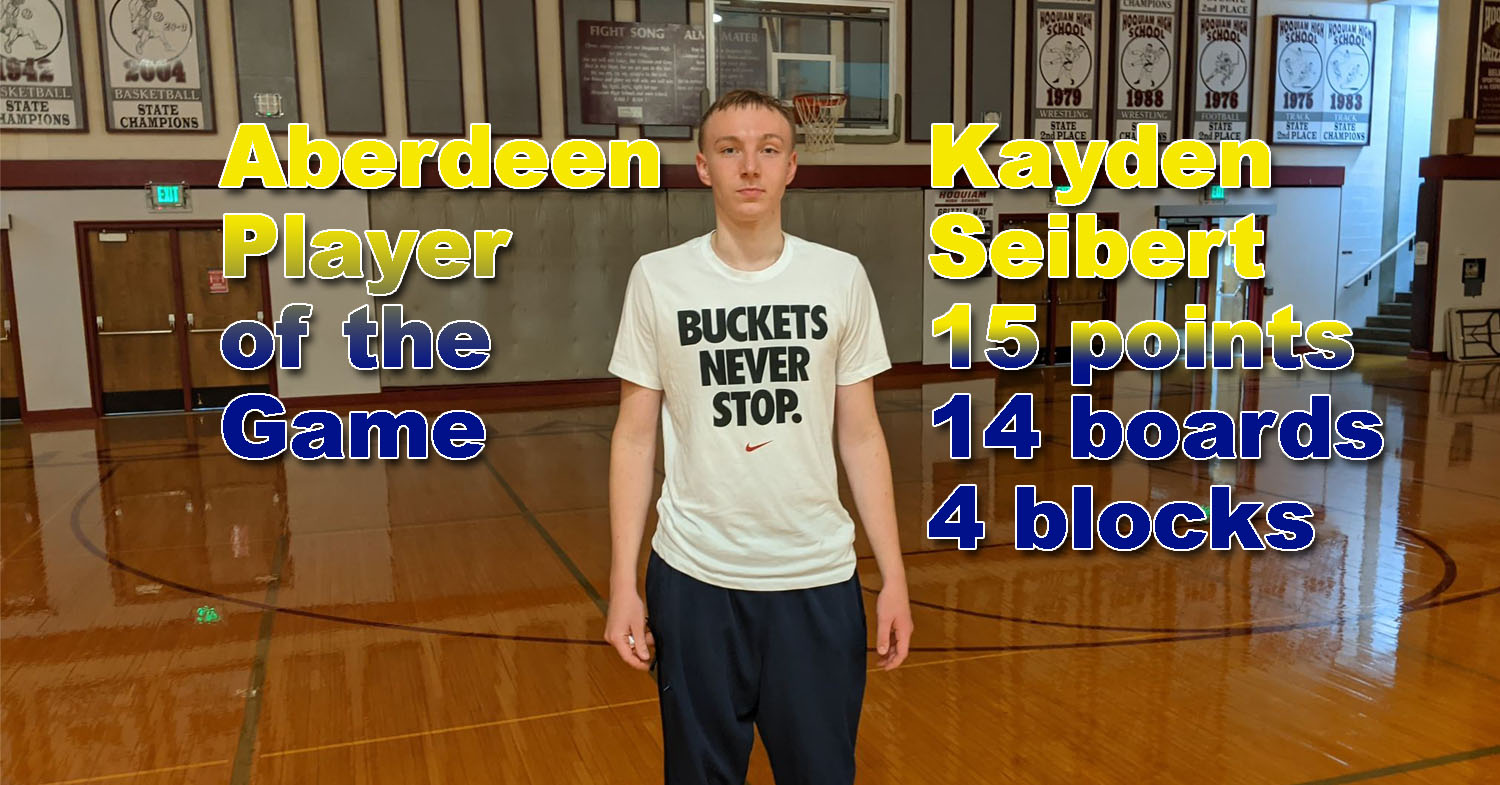