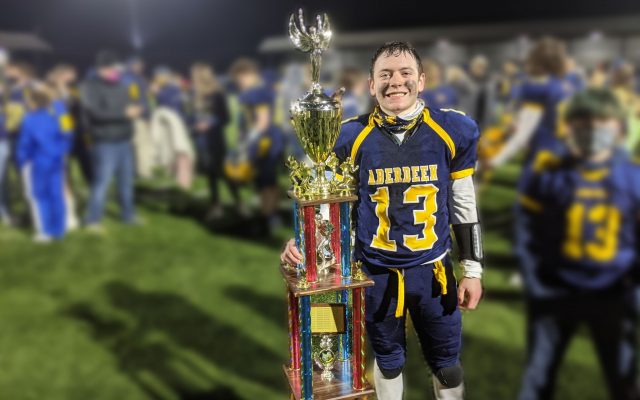 Aberdeen, WA – Aberdeen’s offense rolled in the first half to lead the Bobcats to victory and snap Hoquiam’s six year winning streak in the Myrtle Street Rivalry Game.

The Bobcats opened the 115th Aberdeen Hoquiam game by recovering an onside kick and then they bruised down the field to open the game with a touchdown.

Eli Brown finished the drive with a one yard TD run and then he found Connar Sherman with a pass to convert the two-point conversion to give Aberdeen an early 8-0 lead.

Hoquiam would then drive down into the redzone before a penalty slowed their drive which ended with the Bobcats defense forcing a turnover on downs.

That scenario would play out multiple times for the Grizzly offense.

Aberdeen was then forced to punt and Troy McMinn would give Hoquiam great field position after a nice return on the kick to the Bobcat 22 yard line.

But the Grizzly offense was again stymied by penalties and Aberdeen’s defense and came away empty handed.

The Bobcat offense would then march on a long drive of over 80 yards on over 10 plays and they capped it with a 16 yard TD run by Jeremy Sawyer.

Aberdeen again converted the two point try on a nice catch by Austin Neeley to make the score 16-0 with 5:33 left in the first half.

The Bobcats then held Hoquiam to a four play turnover on downs and got the ball back but they then fumbled it over to the Grizzlies on their first play.

Hoquiam again drove down the field only to come up empty handed with penalties again playing a role in the drive stalling.

Aberdeen got the ball back at their own 20 yard line with 46 seconds left in the half.

Two strong first down runs by Sawyer and a 46 yard bomb thrown from Brown to Isiah Watson put the Bobcats near the ten yard line with two seconds left in the half.

Hoquiam was then flagged for pass interference on a throw to the end zone giving Aberdeen the ball at the five yard line.

Then the Grizzlies jumped offsides and the Bobcats took advantage by Sawyer running the next play in for the two yard TD.

Neeley caught another pass on the two point conversion from Brown to give Aberdeen the 24-0 lead at the half.

The Bobcat offense slowed in the second half due to penalty problems of their own and adjustments by the Hoquiam defense.

An Aberdeen interception gave the ball back however and the Grizzlies finally made it across the goal line.

When they got down next to the end zone they turned to Junior Ensminger who powered ahead for the one yard TD run.

He then followed that up by converting the two point try on another run to make the score 24-8.

Aberdeen then answered on with a long drive and again it was Sawyer who finished it off with his third rushing TD on the night to round out the scoring at 30-8.

The Bobcats shut out the Grizzlies for the seven and half minutes that remained in the game.

Sawyer was our Player of the Game as he led all rushers with 207 yards and three TDs on 34 carries.

Sherman added 72 yards on 13 carries and he had an interception on defense.

Jakob Bowers added an interception and Jaden Hosney, Jeremy Roberts, and Seth Brown stood out on the Bobcat defense.

McMinn also had a nice game in the losing effort with three good punt returns, an interception, 59 yards rushing, and 45 yards receiving.

Ensminger played well at quarterback at the end of the game for the Grizzlies and he and Cayden Stankavich stood out on defense. 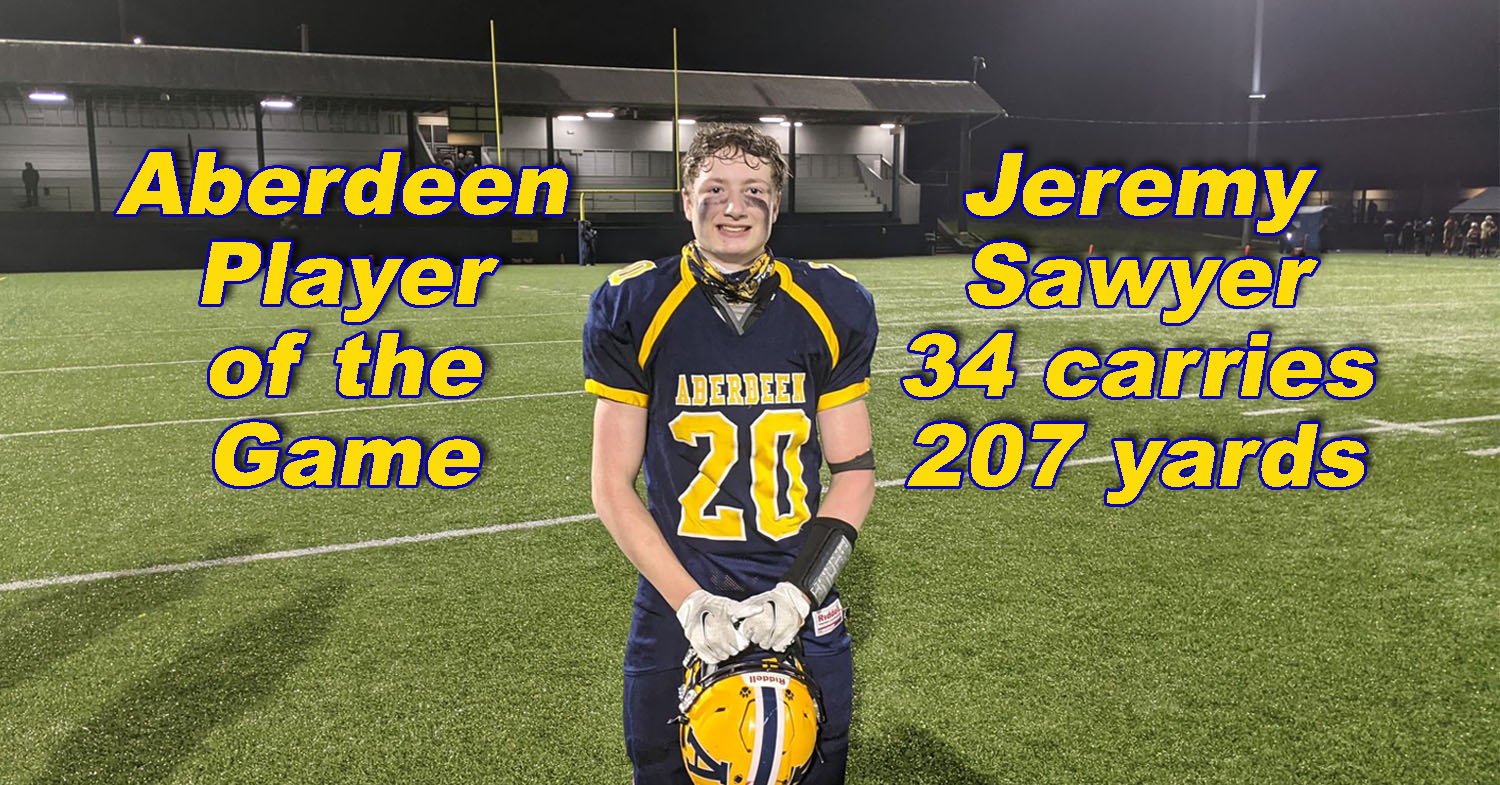 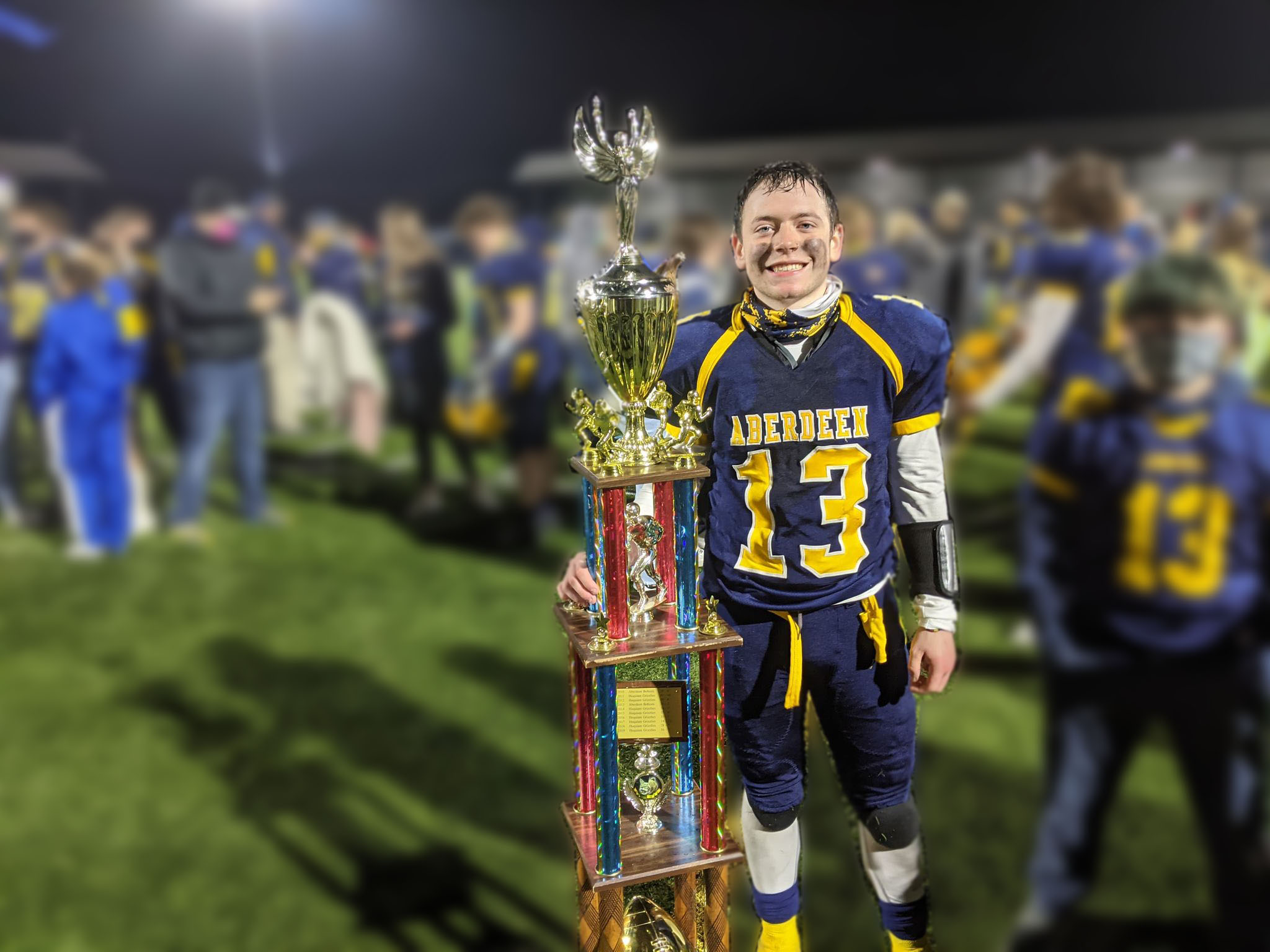