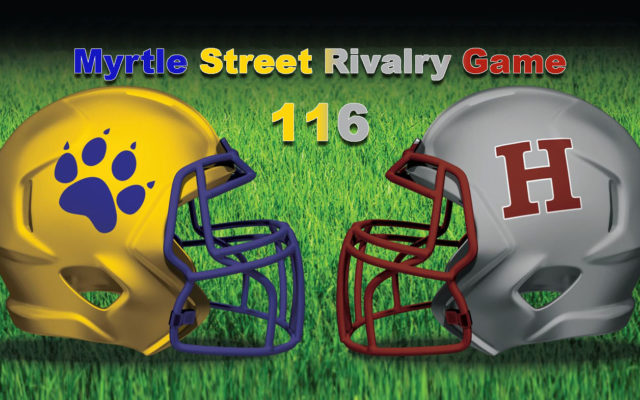 Hoquiam, WA – The Aberdeen Bobcats ran across Myrtle Street to Olympic Stadium and they didn’t stop running when they got there.

Aberdeen jumped out to a 14-0 halftime lead without passing.

They were led on the night by Jeremy Sawyer who rushed for 149 yards and a touchdown.

In the second half the Bobcats mixed in the pass effectively as well as Kale Goings went 4-6 throwing for 127 yards and 3 TDs.

Hoquiam’s quarterbacks, in contrast, were under constant pressure as they were sacked six times and Trey Anderson, who had an excellent all around performance, notched two sacks for Aberdeen.

Anderson also totaled 97 yards of total offense and he caught a TD and ran for one as well.

Jakob Bowers stood out on defense for Aberdeen with two interceptions.

Hoquiam’s Nakota Brown scored their only TD on the night with a scoring run.