Centralia, WA – The Aberdeen Bobcats took down the Black Hills Wolves and knocked them out of playoff contention on Tuesday night in Centralia.

The Wolves had already lost to Centralia in the first match-up of the Kansas Tiebreaker and the Bobcats did not have to play Centralia since they held a head-to-head advantage from their previous meeting this year.

That makes them the three seed coming out of the Evergreen 2A League.

Black Hills struggled with penalties on the night and couldn’t match the Tigers touchdown in the second overtime style round that those two teams played.

Then Aberdeen took the field and stopped the Wolves who started with the ball on the 25 yard line heading towards the end zone.

Black Hills started the drive with a 14 yard carry by Payton Hoyt to put them in great position with the ball at the 11.

They then turned to Zack Loveless on the next two plays and he was held to a two yard gain on each attempt.

Then on third and six from the seven yard line the Wolves tried a pass that was knocked down by Ethan Morrill.

Black Hills elected to attempt a 24 yard field goal, but the snap rolled back to the holder and the kick never got off the ground.

All Aberdeen needed was a field goal to win.

The Bobcats went to work handing the ball to Morrill who pounded forward for an 11 yard gain.

Then the Wolves were called for an off-sides penalty, pushing Aberdeen forward five more yards.

Morrill took another hand off and drove down to the three yard line, making it first and goal.

After a one yard Morrill carry, the Bobcats switched it up.

They handed the ball to Dylan Richie and the senior busted through the line for the two yard game winning and three seed clinching touchdown.

With Black Hills eliminated, the tie between Centralia and Aberdeen was broken with the result of their previous match-up which the Bobcats won 46-30.

Aberdeen Head Coach Todd Bridge spoke after the game about his team.

The Bobcats will now head to Ridgefield to take on the Spudders on Saturday for a chance to play in the State Tournament. 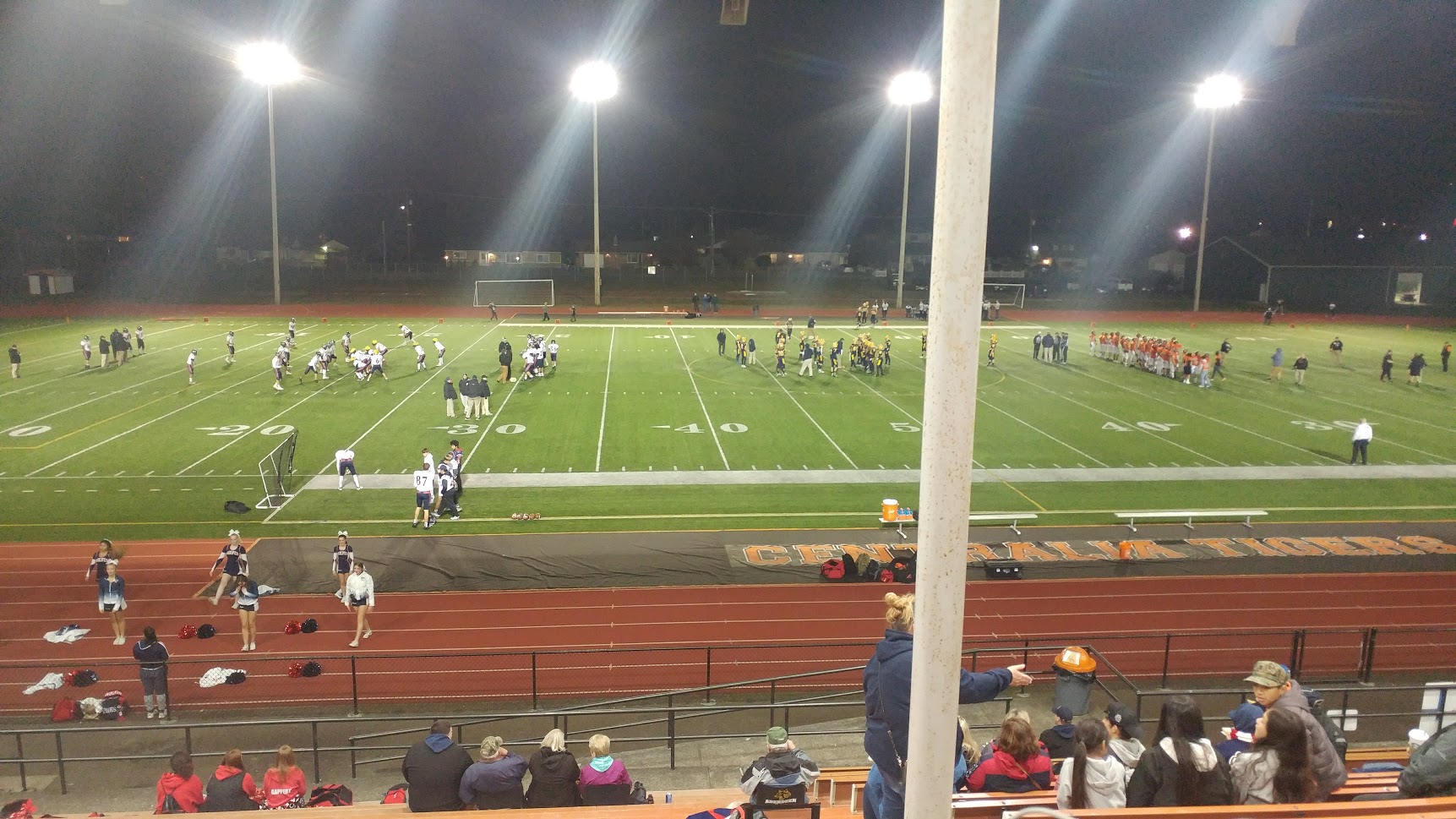