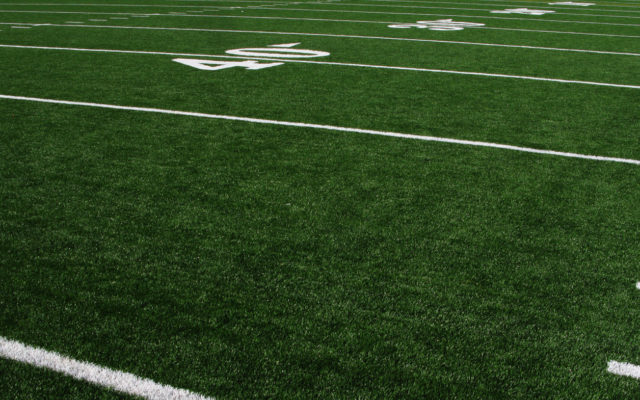 Montesano, WA – The Elma Eagles opened their season with a win over the Hoquiam Grizzlies.

The game was originally scheduled for Saturday but was postponed to Monday at Montesano’s Rottle Field due to weather.

Elma got on the board first after a defensive first quarter.

Rene Duran hit Noah Huttula on a two yard TD pass to give the Eagles a 7-0 lead.

Hoquiam then fumbled on the kickoff and Elma capitalized with a two yard Conan Baxter TD run making the score 13-0.

The Grizzlies got on the board to end the first half on a Dane McMillan two yard TD run with five seconds left making the half time tally 13-7.

Elma notched a safety in the third period to extend their lead to 15-7.

Hoquiam then answered with a McMillan TD pass to Kyrin Bretz cutting Elma’s lead to 15-13.

Elma forced a fumble on Hoquiam’s first drive of the fourth quarter and again took advantage of the turnover.

Baxter punched in his second TD run from three yards out pushing the lead to 21-13.

Elma’s defense then held strong and Baxter sealed the win with his third TD run on the night making the final 27-13.